We’re off on a voyage from London to Copenhagen, with stops in France, Belgium, Germany, and Sweden.

Silver Cloud glided across La Manche (The Sleeve) or as Anglophones may know it better, the English Channel from Southampton to Honfleur in the Calvados region of France.

Honfleur is an extraordinary place, one of the best-preserved old towns of the region. It survived both world wars nearly intact, with heavy wooden beam and decorated plaster walls.

For me, I walk the streets of Honfleur with the hypnotic music of Erik Satie in my head. That may have been his intent, and he almost certainly wrote his best-known pieces while stoned on absinthe. Satie was born in Honfleur, as was the painter Eugene Boudin. Both of them were important influences on later impressionists including Corbet and Monet.

Here are a few photos from Honfleur… 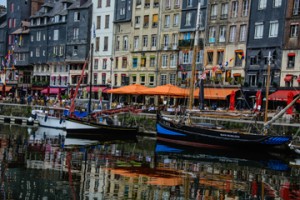 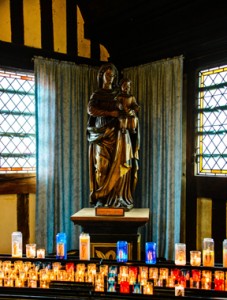 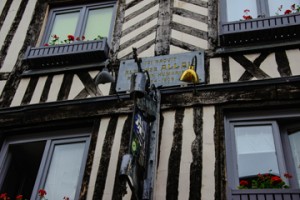 The birthplace of another quirky Honfleurais, the 19th century humorist Alphonse Allais. He wrote poetry that specialized in auditory puns (homophonous verse) and also is semi-famous for the earliest known example of a completely silent musical composition. His Funeral March for the Obsequies of a Deaf Man of 1897 consists of nine blank measures. Satie would approve.