We took the Metro way out of town to a beautiful part of Saint Petersburg, well off the tourist path. It was so far off the usual route that there were no shore excursion buses within miles. 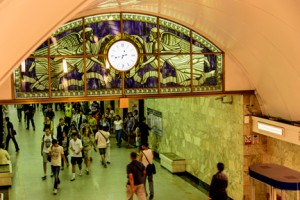 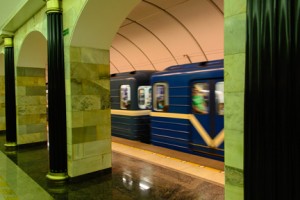 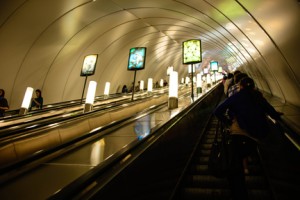 We went to visit Yelaginoostrovsky Dvorets or Yelagin Palace. The buses don’t go there; you’ll need a visa or a private tour and a bit of time, but it is very much worth the visit.

Completed in 1822 on Yelagin Island in one of the branches of the Neva River, it was yet another of the royal summer palaces.

This is a much more intimate, more human-scale place but still very much a reminder of the vast wealth and resources of the Czars. 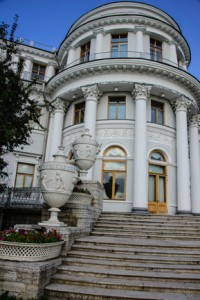 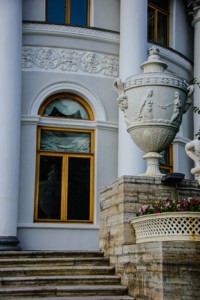 The villa was designed for Alexander I’s mother, Maria Fyodorovna. It’s nice when a boy takes care of his mother.

Alexander employed the Italian architect Carlo Rossi, and he produced a lovely Italianate mansion with columns and porticos.

When my wife and I arrived, we had the same thought: this reminded us more than a little of the “cottages” of Newport, Rhode Island in the United States that were built during the American Gilded Age.

Yelagin Island was named after its original wealthy owner: Ivan Yelagin, a close ally of Catherine II from her early days as Grand Duchess.

Like many of the very idle, very rich of the time, Yelagin had his own peculiarities. He was fascinated by the thought or dream of alchemy: producing gold from ordinary materials. He made his experiments at his house there, without success.

After the Dowager Empress Maria Feodorovna decided she was too old to make daily trips from Petersburg to the outlying royal residences, including Pavlovsk Palace and Gatchina Castle, her son Alexander I bought the estate from Yelagin’s heirs and asked Carlo Rossi to redesign the villa.

The Bolsheviks turned the palace compound into “a museum to the old way of life”. In the Siege of Leningrad during World War II it was damaged by a shell and burned to the ground. 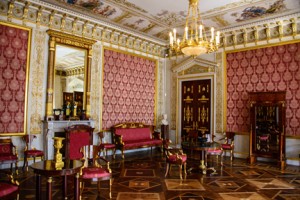 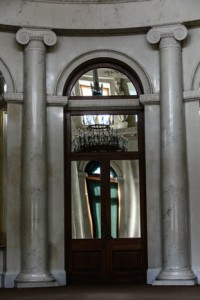 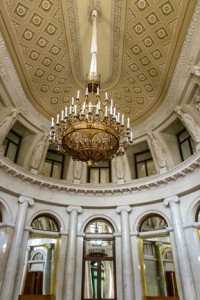 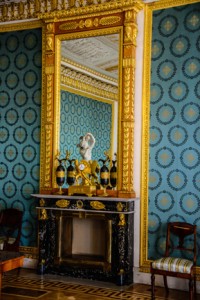 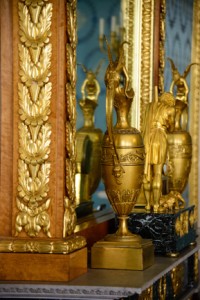 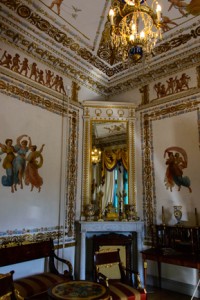 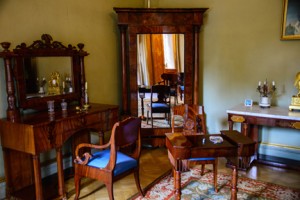 It was rebuilt in the 1950s and now houses a collection of furniture and art from the 18th and 19th centuries.The entrance is guarded by two lion sculptures, inspired by the Medici Lions in Florence.

The entire island is now a lovely park, with music and theater pavillions, playgrounds, and views of the branches of the Neva. 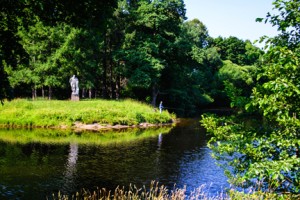 When we left Petersburg at the end of the day we had a lovely salute from our sister ship Silver Whisper, which was also departing. We waved to friends we know on the ship as the two captains exercised their greatest perk of office: the ship’s whistle. 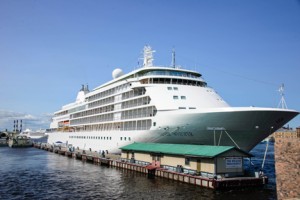 Silver Whisper in the foreground, our ship Silver Cloud to the aft.

I mentioned that no tourists were in sight. For a while, no Russians either. Janice and I strolled through lovely Yelagin Palace completely alone and pretended it was ours.Next time we visit–this coming September–we’ll bring our luggage.

All text and photos copyright 2013 by Corey Sandler. If you would like a copy of a photo, please contact me.