A Magical Night and a Fairytale Morning

The sailaway from Boston last night began with an appropriately splendorific sunset. 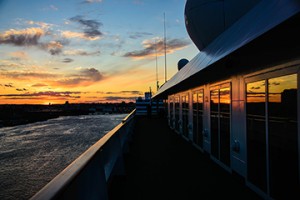 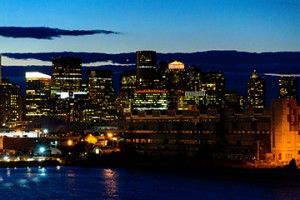 Sailaway at Sunset from Boston. Photos by Corey Sandler

A few hours later we made a careful passage through the Cape Cod Canal, a lesser-known but very important waterway south of Boston.[whohit]-CCC and MV28Oct-[/whohit]

The canal provides a shortcut—and a safe passage—between Cape Cod Bay on the East and Buzzards Bay toward Providence and New York on the West.

Using the canal saves ten to twelve hours of sailing; without it vessels would have to go way out east to avoid the hook of Cape Cod and then usually way down south below Nantucket to avoid shoals, obstructions, and other hazards.

The canal has been in existence since 1914, and is quite heavily used. However, not every cruise ship can pass through; it is deep enough and wide enough for most vessels, but the limitation is the three bridges that pass overhead.

The Sagamore and Bourne highway bridges and the Cape Cod Railroad Bridge provide the only surface link to the mainland.

And each of the bridges stands 135 feet above mean high water in the canal.

Our ship, Silver Whisper, had an air clearance of 129 feet. That means the highest point on the vessel is just six feet or two meters below the bridges.

Larger (and less stylish) vessels cannot use the canal.

I have gone through dozens of times. So, too, has our captain. And the local pilot makes back-and-forth transits like a bus route.

But that does not mean that we don’t all take a deep breath before crossing below.

And our passengers—many of whom I had prepared with my lecture about the canal—were even more doubtful.

The view from the pool deck of Silver Whisper as our ship’s funnel goes below the bridges is astounding. Our mind tells us there is six feet of clearance; our eyes tell us, “No way.” 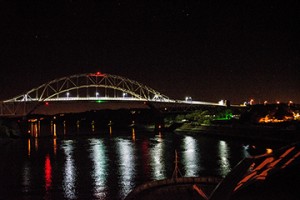 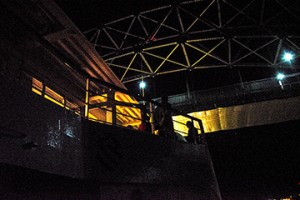 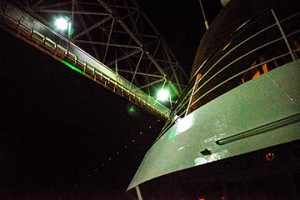 Silver Whisper ducks below the Sagamore Bridge on the Cape Cod Canal. Photos by Corey Sandler

Off to the Campgrounds of Oak Bluffs

We made it through, and this morning arrived offshore of Oak Bluffs on the island of Martha’s Vineyard, the final port of call on this cruise.

Martha’s Vineyard is one of those places that is famous for being famous.

It’s a beautiful island in the North Atlantic, large enough to have hills and valleys and harbors and lakes.

Because of some peculiarities of location, economy, and religion Martha’s Vineyard has a somewhat unusual history.

It does not have the same back-story as Cape Cod, mainland ports of New England, or of the farther-away neighboring island of Nantucket, 30 miles out to sea. 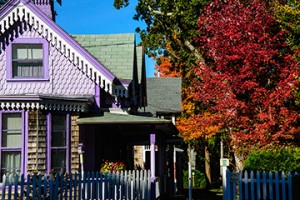 The Vineyard came to a bit of prominence as the global whaling industry began to grow.

Much of the financing and operations of the whaleships took place on Nantucket but some of the whaling captains and crew came from the Vineyard and the mainland.

Nantucket reached its peak about 1840, but then crashed: the economics of operating a whaling industry from an island so far out to sea without roads or railroads to bring the product to market was one problem.

And then the discovery of petroleum in Pennsylvania and its use as a cheaper source of oil for lamps that ended whaling in this part of the world.

Nantucket went into a prolonged slump, something from which it did not begin to fully recover until the 1950s and 1960s.

But on the Vineyard, a new economy was developed earlier: tourism.

Oak Bluffs, population about 4,000…plus however many tens of thousands of summer people are hanging around—was the only one of the six towns on the island to be consciously planned, and the only one developed specifically with tourism in mind.

Some of the earliest visitors to the area that became Cottage City and later Oak Bluffs were Methodists, who gathered in the oak grove each summer for multi-day religious “camp meetings” held under large tents or in the open air.

The Campgrounds, and the association of cottages that surrounds the open-air Tabernacle, are time-travel back to the 1870s. 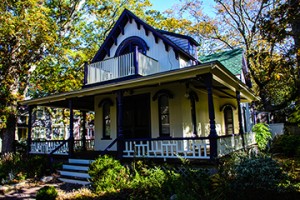 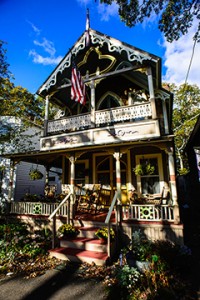 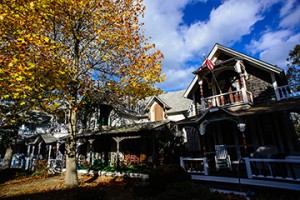 The Campgrounds. Photos by Corey Sandler

And today the early morning light illuminated the cottages and the trees and the water and shone a bright light at the end of a fine cruise. 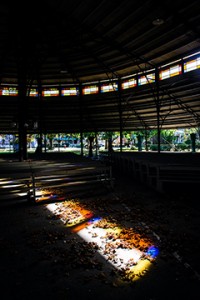 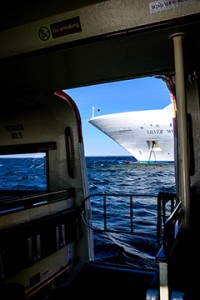 Stained glass reflections on the autumn leaves within the Tabernacle, and Silver Whisper at anchor as we returned on the ship’s tender. Photos by Corey Sandler

Tomorrow: we sail into New York Harbor at dawn.

All text and photos copyright 2013 by Corey Sandler. If you would like to purchase a copy of any photo, please contact me.