The Best Port in the Country

Klaipeda is the largest, most successful, most impressive port in the Republic of Lithuania.[whohit]-Klaipeda 11Jun-[/whohit]

It is also the only port in Lithuania. I’m just saying.

The port and city have been through many hands across its history, spending most of its modern life as part of Germany, then emerging from Soviet control as part of free Lithuania. 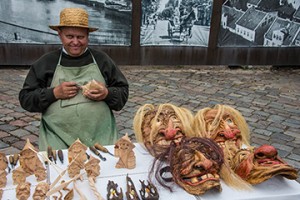 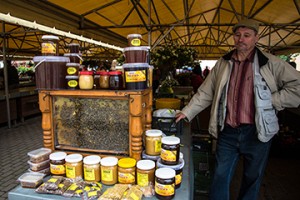 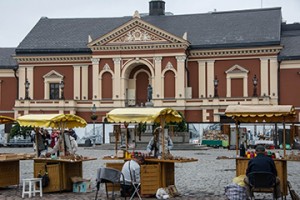 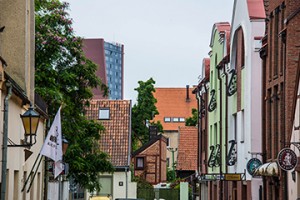 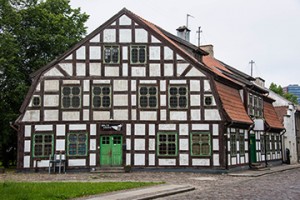 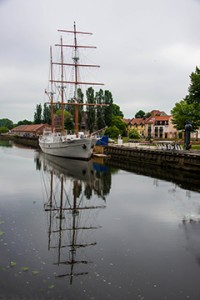 All photos by Corey Sandler. All rights reserved, copyright 2014

During the night, sailing northeast from Gdansk, Poland we passed along the Russian exclave of Kaliningrad, the former German city of Königsberg. It’s a disconnected piece of Russia, not much in the news although its Baltic neighbors–Ukraine on their minds—eye it warily.

Modern Lithuania borders Latvia to the north, Belarus to the east and south, Poland to the south, and Kaliningrad to the southwest.

By the end of the 14th century, the Grand Duchy of Lithuania was by some measures the largest country in Europe.

It extended from the Baltic Sea at Klaipeda to the Black Sea at Odessa, encompassing Belarus, Ukraine, and parts of Poland and Russia.

In geopolitical terms, Lithuania has always been betwixt and between, one of those countries that has both benefited and been severely punished for its location.

It stands between Germany and Russia. It once had ports on both the Baltic Sea and the Black Sea.

For those reasons and others, war has ground through Lithuania in all directions.

For much of its history, Klaipeda was known by its Germanic name of Memel.

After the unification of the German Empire in 1871, Memel became Germany’s most northerly city.

It began to lose out to the nearby port of Königsberg, the capital of the province, which at the time was capable of handling larger vessels.

After World War II, it remained in Soviet hands.

In March 1990, a year before the formal break-up of the Soviet Union, Lithuania became the first Soviet republic to declare independence.

All photos copyright 2014 by Corey Sandler. All rights reserved. If you would like to purchase a copy, please contact me.