Both Sides Against the Middle

Helsinki is a thoroughly modern Scandinavian city with a typically complex story for this part of the world.

Helsinki is the capital and largest city of Finland, but its roots reach back to Sweden, interrupted by war and occupation by Imperial Russia and the Soviet Union.

Finland, roughly the size of Germany, is on the Gulf of Finland, just 300 kilometers or 186 miles from Saint Petersburg. Tallinn, Estonia is 80 kilometers or 50 miles across the Baltic Sea. 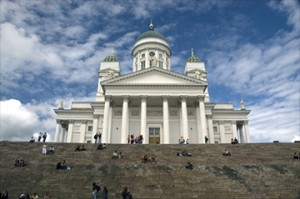 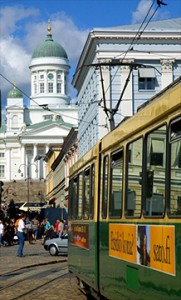 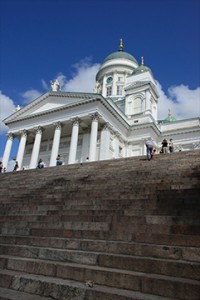 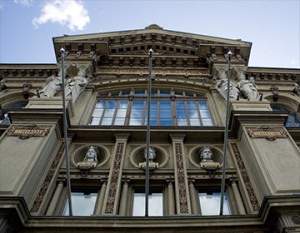 Scenes of Helsinki: The Helsinki Cathedral and the Ateneum. Photos by Corey Sandler

Helsingfors (Helsinge Rapids) was founded by King Gustav I of Sweden in 1550. It was intended as a trading rival to the Hanseatic city of Reval (today’s Tallinn in Estonia.)

In 1703 Peter the Great founded his new Russian capital, Saint Petersburg, at the end of the Gulf of Finland.

From the start, Peter was determined that Russia be a great maritime power—as a young man he traveled through Europe to learn about shipbuilding and tactics, even working for a while as a tradesman.

Once Peter had his capital, he began to expand his reach toward the Baltic and his neighbor to the west: the Finnish region of Sweden.

In the Gulf of Finland he built the fortified naval base of Kronstadt.

This didn’t merely upset Sweden. Other European states were also concerned, especially France, with which Sweden had a military alliance.

In 1757 the Swedes decided to fortify the Russian frontier, and to establish a naval base at Helsinki as a counter to Kronstadt.

Work began on the islands off Helsinki in 1748. It became the great naval fortress of Sveaborg.

Svea as in Mother Svea, the national emblem of Sweden. Borg as in fortress. 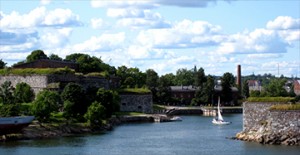 Sveaborg, now Suomenlinna Fortress in the harbor of Helsinki. Photos by Corey Sandler

In a brief diplomatic somersault during the Napoleonic Wars, France’s Emperor Napoleon agreed to allow Czar Alexander I to push Sweden out of Finland in 1808.

The Russians easily took Helsinki and began bombarding the fortress. To the consternation of the Swedes, the commander of Sveaborg negotiated a cease-fire and surrendered almost 7,000 men to the Russians.

He may have realized he was in a no-win situation. He may have sought to save civilian lives in Helsinki. And he may have fallen victim to psychological warfare by the Russians who surrounded and isolated Sveaborg.

In the 1809 Treaty of Fredrikshamn, Finland was ceded from Sweden and became an autonomous grand duchy within the Russian Empire.

Although the Finns never particularly liked the Swedes, they were even less happy with the Russians.

But the Russians helped develop Helsinki into a major city. The Russians expanded Sveaborg with more barracks, fortifications, and naval facilities.

During the build-up to World War I, the fortress was beefed up again as part of the outer defenses of the Russian capital of Saint Petersburg.

The Russians rebuilt much of the heart of Helsinki in neoclassical style, resembling Saint Petersburg.

Just above our ship on the hillside is the Uspenski Cathedral, one of the last obvious vestiges of Imperial Russian occupation of Finland. Completed in 1868, it was modeled after a 16th century church near Moscow. 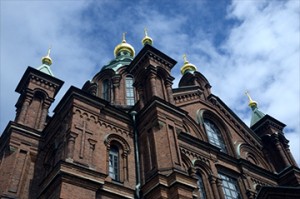 But in 1917, as Czarist Russia was devolving in Revolution, Finland won its independence.

Among the first acts by the Finns was to drop the Swedish name Sveaborg in favor of Suomenlinna, which means Finland’s Castle.

The Finns headed straight for a small Russian Orthodox Church on the island. They took down the onion domes, converting its tower into a lighthouse.

Today Suomenlinna is no longer a fortress. Instead it is one of the most popular tourist attractions in Helsinki, a UNESCO World Heritage Site. 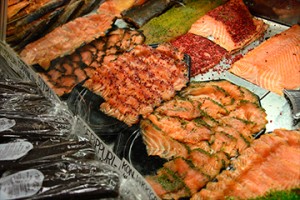 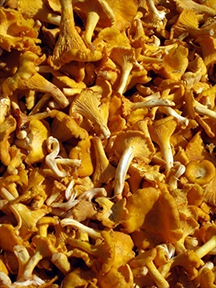 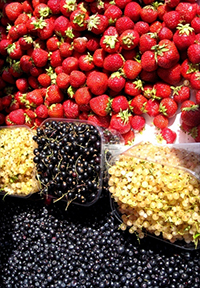 More scenes of Helsinki: the market. Photos by Corey Sandler 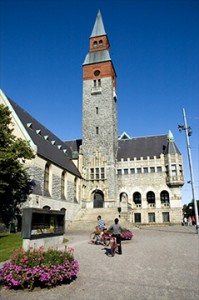 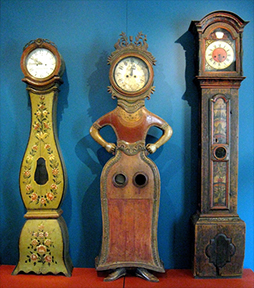 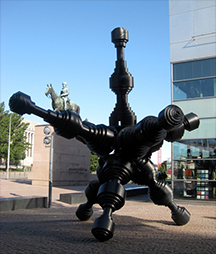 After World War I, the relationship between Finland and the Soviet Union was tense.

Some Finns held a dream of “Greater Finland” which included the Soviet-controlled portion of Karelia.

That did not sit well with the Soviets; the 1930s Finnish border was only 20 miles away from Leningrad—today’s Saint Petersburg.

In addition, the northern coast of the Gulf of Finland—the sea approach to Petersburg—was Finnish.

Up north, the entrance to the vital port of Murmansk was also flanked by Finnish territory.

And so, the military history of Finland during World War II is mostly shades of gray.

I’ll leave it to you to decide whether Finland was on the side of the angels at any point.

All text and photos copyright 2014 by Corey Sandler. If you would like to purchase a copy of a photo, please contact me.