The Old and the New and the Strange

Silversea Silver Whisper docked right at the base of the city of Helsinki, Finland. One of the many advantages of a smaller ship is the ability to come in close; there were several other much larger ships in port but we didn’t see them–only the shuttle buses bringing their guests from the hinterlands to the city.

For more details on Helsinki and a bit of the complex story of Finland, please see my blog entry for 14 June 2014.

The old renewed was Kauppahalli, an indoor marketplace. The building has been closed for the past several years for restoration and has just reopened. It offers a glorious selection of the fruits, vegetables, seafood, and other comestibles of Finland.

The old in a new version was the Finnair Sky Wheel between our ship and the market. It opened a few weeks ago. Ferris Wheels, of course, are an old entertainment but this one is a of a modern design. It stands 40 meters tall, about 130 feet. There are 30 cabins, each holding as many as eight passengers. For a few Krone more, you can book the VIP gondola which includes a glass floor and a bottle of champagne.

We chose to go shopping instead. 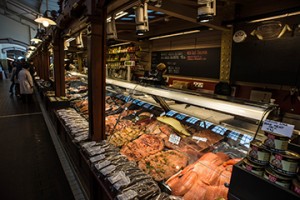 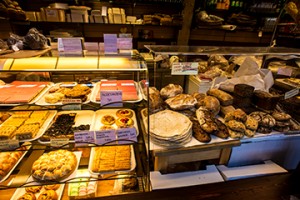 Kauppahalli Market, near Market Square and our ship. Photos by Corey Sandler 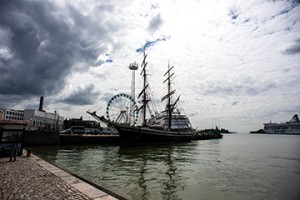 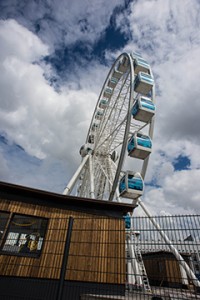 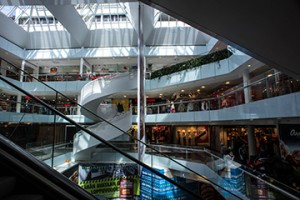 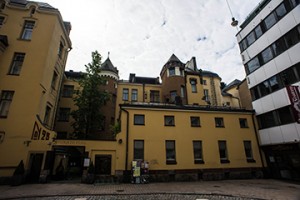 A modern shopping mall in an old district of Helsinki. Photos by Corey Sandler 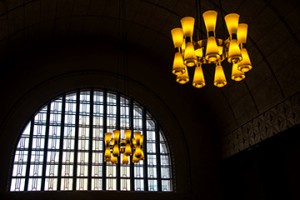 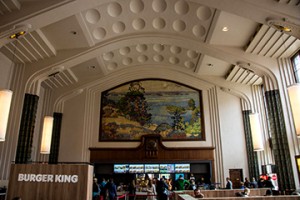 The old railway station in downtown is one of our favorite places, although a recent change has verged deep into the strange: one of the grand halls has been given over to a Burger King. Photos by Corey Sandler 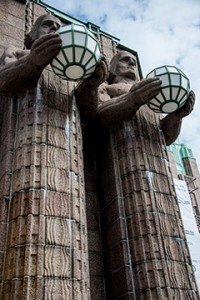 You want fries with that? Statues outside the railway station with the Burger King. Photos by Corey Sandler

We bid farewell and wish safe travels to our friends who have traveled with us on this cruise, from Stockholm to Tallinn, Saint Petersburg, Helsinki, and on to Copenhagen.

All text and photos copyright 2014 by Corey Sandler. If you would like to purchase a photo please contact me.