Our last port of call on this cruise is the lovely Norwegian coastal city of Bergen, always a surprise even to those of us who have been here many times. It is one of those cities where the people seem to seek to enjoy every moment of every day.[whohit]-Bergen 2Jul-[/whohit]

Bergen is an ancient city and a modern town.

A bustling commercial center, an active fishery and a great public fish market, a laid-back Scandinavian culture, and a quirky freewheeling university city-state.

It was gray and drizzly for most of the day, but Bergen’s charms shone through. Here are some photos from 2 July: 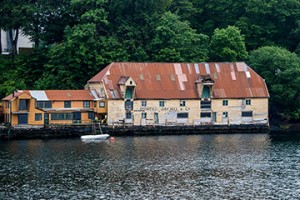 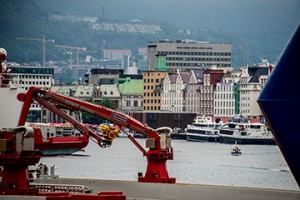 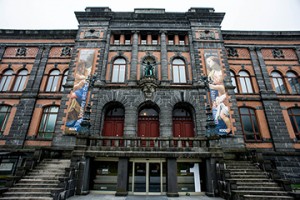 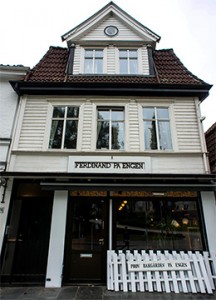 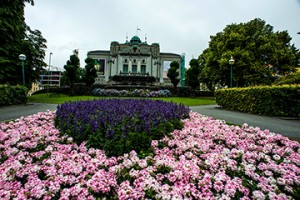 And here’s a photo album of some of my favorite spots in Bergen from many visits. 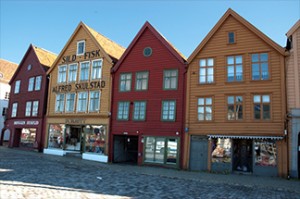 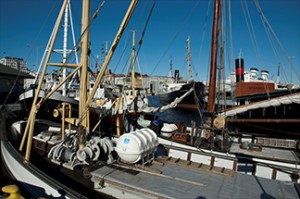 Bryggen, the ancient trading district along the harbor, and a fishing boat nearby. Photo by Corey Sandler 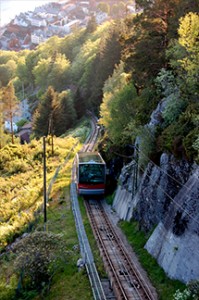 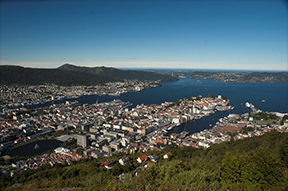 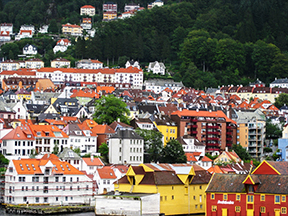 A funicular runs from just above downtown to a hill overlooking the city. Photos by Corey Sandler 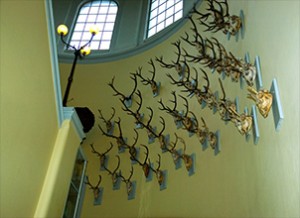 The University district is a city within the city, including a fine old-school museum filled with skeletons, stuffed animals, and missing most of the crowds in town. Photo by Corey Sandler

Bergen is said to have been founded by Olav Kyrre, also known as Olaf III.

Olaf was King of Norway from 1067 to 1093. He was present at the Battle of Stamford Bridge in England.

That battle, considered the end of the Viking Age, or at least the beginning of the end, took place between an invading Norwegian force led by King Harald Hardrada and an Anglo-Saxon army led by King Harold Godwinson.

King Hardrada (Olaf III’s father) and most of the other Norwegians were killed in a bloody battle.

Olaf survived and returned to Norway, where he founded the city of Bergen in 1070.

If he had won in England, London might well be a Viking capital. Salt cod in the pubs of Camden Town. Bangers and mash as the national dish of Norway.

The background music of Bergen is Peer Gynt by composer Edvard Grieg, who spent much of his life in Bergen.

Peer Gynt is the leading character of a favorite Norwegian folk tale about a poorly behaving boy who falls in love with a beautiful girl but is denied her hand.

He heads out to the country—meets up with nasty trolls at the Hall of the Mountain King and then to remote Mongolia, all the while still smitten by the girl back home.

I don’t mean to spoil it for you, but in the end, he gets the girl. Or she gets him.

And when it premiered in 1876 in Oslo, it was accompanied by incidental music written by Edvard Grieg.

Modern Norway is a constitutional monarchy.

From the time of Harald Fairhair until the present day, Norway has had more than 60 named sovereigns. The current King belongs to the House of Schleswig-Holstein-Sonderburg-Glücksburg, which has ruled Norway since 1905.

Speaking of princesses, last year, Norway received a huge gift to its tourism business when Disney released its film, “Frozen.”

Yet another Disney princess, this time Anna of Arendelle.

We proceed tonight for a day at sea and then the end of this cruise, at Copenhagen.