Cartagena is on the Costa Cálida, the Warm Coast of Spain’s Murcia region.

This is one of Spain’s more historically significant places because of its superb and easily defended naval port. As far back as the 16th century Cartagena was one of Spain’s most important naval ports; it still is one of the homes of the Spanish navy, including a contingent of minesweepers and submarines.

The original settlement was called Mastia. About 227 BC, Hasdrubal the Fair established a town at the great harbor. He called the place Qart Hadasht, “New City”: The same name as where he had come from: Carthage, across the water in what is now Tunisia.

Hasdrubal used the port as launching point for the conquest of Spain.

Roman general Scipio Africanus conquered it in 209 BC and renamed it as Carthago Nova, which—a bit confusingly—means “New, New City.” At least that helped distinguish it from Carthage.

The Romans, from Julius Caesar to Octavian and beyond used Carthago in their conquest of the Iberian Peninsula. In 298 Diocletian constituted a new Roman province in Hispania called Carthaginensis and placed the capital in this city, a role it would hold for more than seven centuries until it was destroyed by the Vandals in 435.

When the first wave of Islamic tribes came to Hispania—the Umayyad invasion—the port was one of the landing places they used, along with Gibraltar.

Today Cartagena is a handsome coastal city,  holding within a section of ancient Punic or Phoenician wall, a Roman amphitheater (only rediscovered on 2000), Moorish fortifications,  16th century Christian sites including churches and crypts, and a beautiful downtown lined with Modernist or art nouveau buildings.

Here are some photos from my visit today. 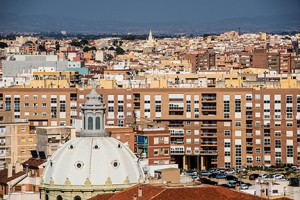 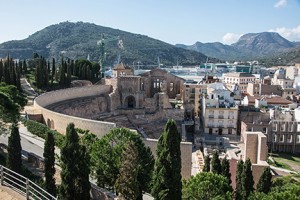 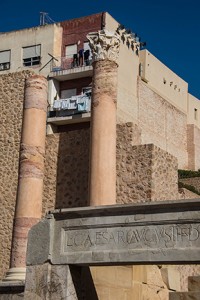 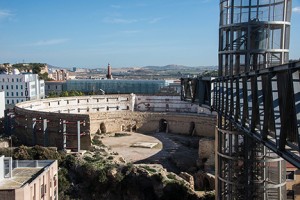 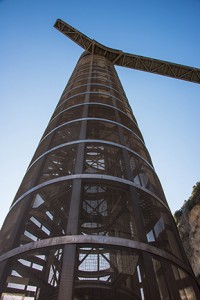 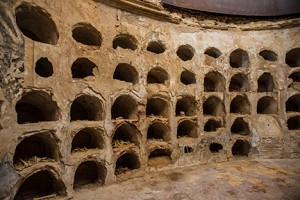 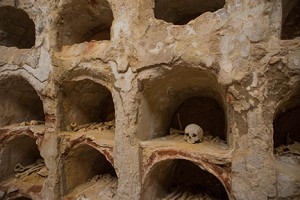 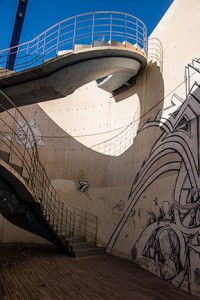 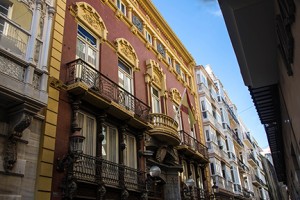 About 50 kilometers or 35 miles north of Cartagena in the interior is the town of Murcia, the provincial capital and university town, a much larger city of 440,000.

Murcia has a similar back-story to Cartagena, a mix of Roman, Moorish, and Spanish cultures.

Just outside of Murcia is the Monastery of the Virgin of Fuensanta, the patroness of Murcia.

In Murcia itself is the exquisite 19th century Murcia Casino, with an exterior inspired by the Alhambra in Granada; inside it is more like a British gentleman’s club, a place to socialize and play billiards. 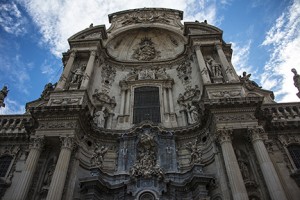 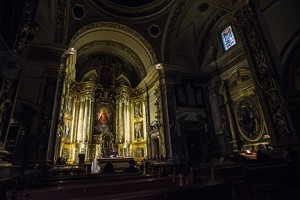 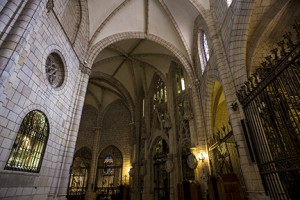 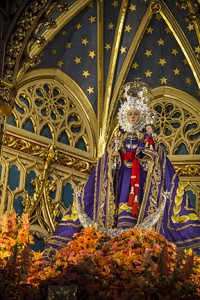 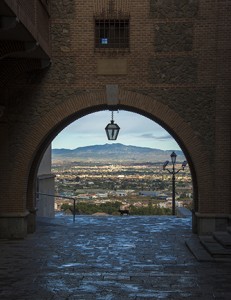 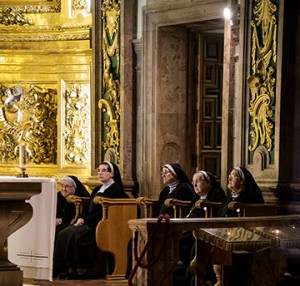 Monastery of the Virgin of Fuensanta. Photos by Corey Sandler 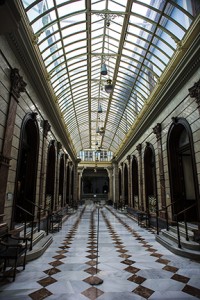 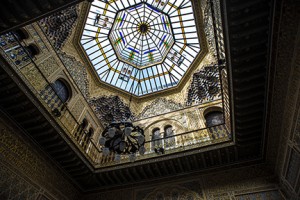 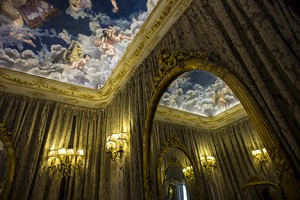 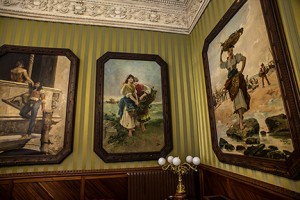 Within the exquisite Murcia Casino. Photos by Corey Sandler