Early this morning, about 6:30 a.m.,  we arrived in Limon Bay in the Atlantic Ocean.

At 4 p.m., we sailed out of Miraflores into the Pacific Ocean. 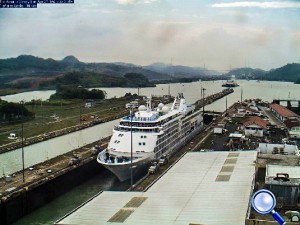 I have made the transit of the Panama Canal more times than I can remember; it never ceases to impress and excite me. Sign me up for a return trip.

The desire for a passage from the Atlantic to the Pacific was a driving force for four hundred years: from the time the Spanish first arrived in the dead end of the Gulf of Mexico in what today in Panama.

The alternatives were not good: a months-long sail down and around the bottom of South America at Cape Horn, or an overland passage up and over the cordillera mountains and through torrential rain, raging rivers, and deadly threats from disease and killer creatures of just about any description.

He had successfully led the project to build the Suez Canal in Egypt, in the process enriching thousands of French investors.

De Lesseps was a promoter, an entrepreneur, but not an engineer. He was very good at building companies.

But he declared: “The canal will be built.”

And notwithstanding the rain, the rivers, the mountains, and disease, de Lesseps said his project would be en niveau, sans ecluses. On the level, without locks. 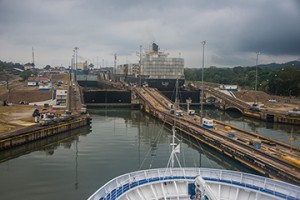 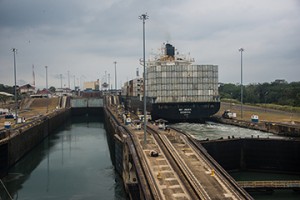 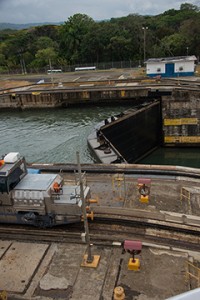 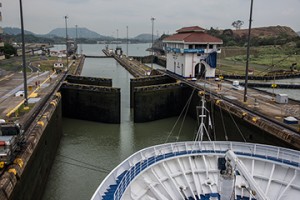 The French project began January 1, 1880. It was immediately obvious they were not in the dry sands of Egypt.

By 1885, extravagance, graft, and the unrealistic design for the canal had emptied the company’s treasury.  After eight years, the canal was only about 40 percent complete, and work on dams and locks barely begun.

And now the United States, led by the charismatic president Theodore Roosevelt was ready to reassert itself. The Americans bought the assets of the bankrupt French effort.

The first challenge for the Americans was not one of engineering but instead conquering disease. Clearing Cuba and then Panama of malaria and yellow fever was one of the great accomplishments of medicine and made it possible for massive effort by the United States to build the canal. 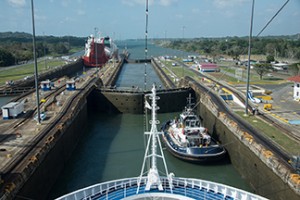 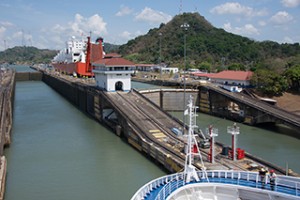 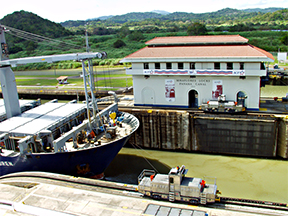 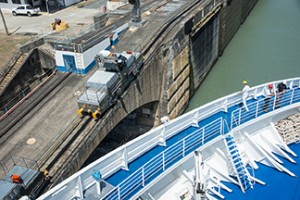 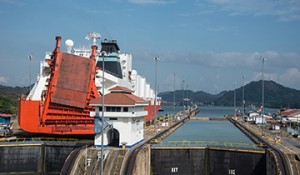 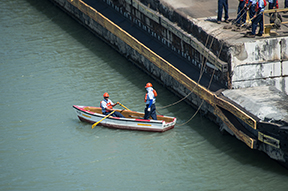 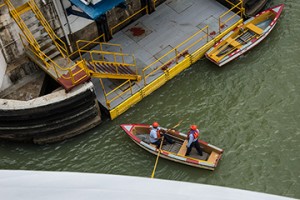 Today, the canal is nearing completion of a major expansion.

At each end, the final touches are being put on new sets of locks that will allow much larger ships to take the watery elevator up and over the Continental Divide.

On board ship, I give three lectures about the canal and the politics of Central America.

You’re welcome to join me next time.