We arrived at our first port in the Pacific on a steamy morning in Puntarenas, Costa Rica. And then it got hotter: 92 degrees,  and if there is such a thing as more than 100 percent humidity,  this must be what it feels like.

We have been here many times,  up in the mountains,  along the rivers,  tothevolcanoes.  Today we stayed local,  slowly making our way around the town of Puntarenas,  a place that does not see all that many tourists. But we know we can count on friendly times amongst the Ticos.

Pura Vida, no matter the heat. 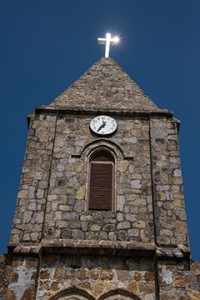 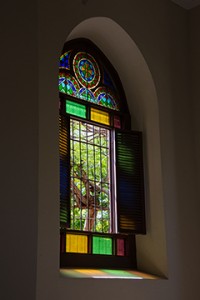 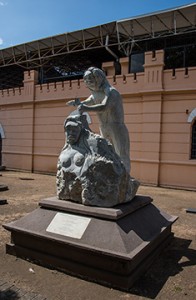 Yet another thing that Christopher Columbus got wrong.

First of all, Costa Rica has two coasts: Atlantic and Pacific.

And secondly, Columbus was a guy who believed in wishful thinking.

As we know, he was looking for India when he landed in the Bahamas, and so he called the islands there the West Indies.

And when Columbus sailed through the Caribbean to the dead end of Central America, he was looking for the Panama Canal…or a natural strait through the isthmus.

On September 18, 1502, Columbus set anchor offshore of Costa Rica, and Carib Indians paddled out in canoes to deliver a peaceful greeting.

Columbus was looking for gold, and that’s the “rich” part of the name: there just had to be gold somewhere.

Costa Rica has managed to survive the Spanish Conquistadors, the American filibusters who came south in hopes of annexing Central America, corrupt or venal politicians, United Fruit and its “banana republics” and various other indignities.

Today, the gold in Costa Rica is green. To their great credit the Ticos have decided their future lies in gently making use of the vast ecological treasures of the nation: rain forests, estuaries, mountains, volcanoes, and wild life. 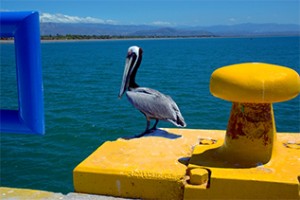 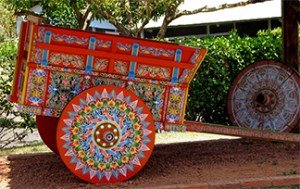 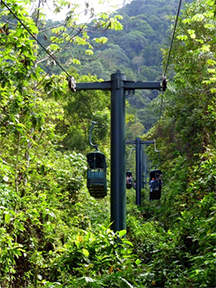 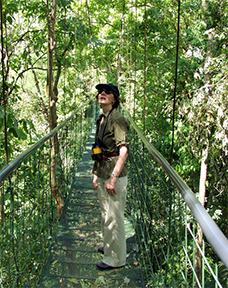 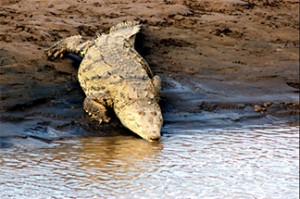