Our cruise comes to an end in Barcelona, which is a great end…or beginning.

Barcelona is Spain’s second largest city; the metropolitan area is home to about 3.2 million.

Founded by the Romans, it became the capital of the Counts of Barcelona who had grand plans, eventually expanding their territory to include all of Catalonia.

The next expansion of Catalonia came in 1137 when the county of Barcelona merged with neighboring Aragon through dynastic union, a corporate marriage, if you will.

The Crown of Aragon went on to conquer many overseas possessions, ruling the western Mediterranean Sea with outlying territories in Naples and Sicily, and as far as Athens.

And then came one more dynastic union, this time between the Crowns of Aragon and Castile.

The most famous street in Barcelona is Las Ramblas.

It runs up from the harbor through its historic districts and toward the Cathedral and La Sagrada Familia.

The street signs call it La Rambla, the Promenade.

But it’s actually a series of linked streets, so it is commonly referred to in the plural, Las Ramblas. 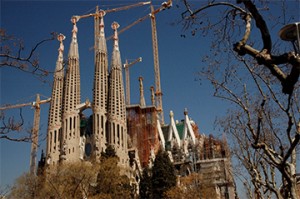 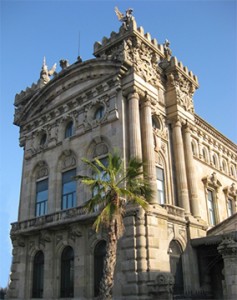 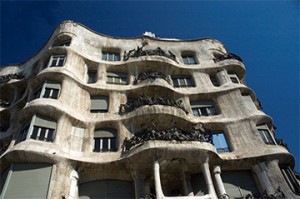 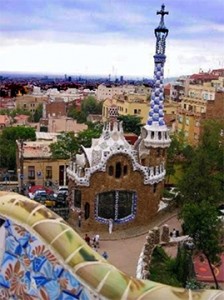 Few cities are more imbued with the artistic vision of one man than is Barcelona.

The visions, and some of them are a bit strange—were those of Antoni Gaudi, one of the masters of the Modernist or Art Nouveau style.

There are works by Gaudi throughout the city.

Most begin with elements of Spanish Gothic, mix in Modernism, and finish off with phantasmagorical flights of fancy.

Gaudí began his work as a secular architect and artist, but in his later years he devoted his life to the Catholic church.

Technically, it is not a cathedral—home to a bishop. Its full name is the Basilica and Expiatory Church of the Holy Family.

They’re still working at it.

The current expectation is that La Sagrada Familía will be completed in 2026, which would be the 100th anniversary of Gaudí’s death.

Like many of you I have visited hundreds of cathedrals all over the world, many of them many centuries years old.

Gaudi’s La Sagrada Familia may well be the last monumental cathedral to be built, and it is amazing to watch the work underway.

Another artist with a wonderfully skewed view was Salvador Dali, born in Figueres, about 75 miles from Barcelona; Dali’s life from 1904 to 1989 overlapped Gaudi’s.

Today, not far away in the Barri Gotic, is the Picasso Museum.

Pablo Picasso was born in Malaga. But he spent his youth in Barcelona.

The Museu Picasso is housed in a pair of 14th century palaces. It includes more than 3,800 works in its permanent collection, much of it from his early days.

There’s one more hometown artist of note: Joan Miro, born in Barcelona in 1893.

His paintings, drawings, sculpture, and ceramics moved from the conventional past abstraction and into surrealism.

We are heading home from Barcelona for our vacation. We look forward to seeing you on another Silversea ship in 2016.