We’re back in Saint Barts, encore une fois, one more time. (And we’ll be here again in a week.)

Not complaining, mind you: the island is tres charmant (very charming) although the shops and bistrots are tres cher (quite expensive).

The island is quite small, only 8 square miles or 21 square kilometers, with 8,500 inhabitants.

More than half of full-time residents are white, some of them distant relatives of the French colonizers and others more recent arrivals from France. Less than half are of African descent or mixed blood. The Swedish influence, which came after the original French settlement, all but disappeared after the French returned in 1878.

Until 2007, Saint Barths was a French commune and part of Guadeloupe, which is an overseas région and overseas département of France.

Islanders voted to break their ties with Guadeloupe and form a separate overseas collectivity or COM that took effect in both Saint Barts and nearby Saint Martin. 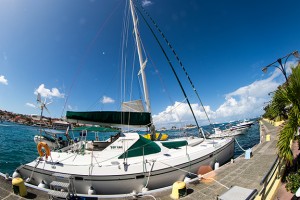 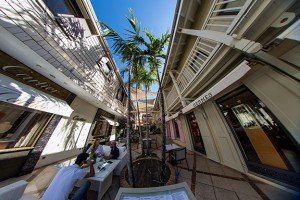 Saint Barts is thus part of France but not fully ruled by the mother country.

It is, though, included in the European Union, and the official currency is the Euro.

In my post for our next visit, on February 13, I’ll explore some of the extreme examples of the expenditure of Euros and Dollars on the island.

We’re visiting Saint Bart’s three times this season, first on February 3 and again on February 13. I’ll be posting more commentary and photos about Tortola on those days, and you can check back for more details.