Lisbon is one of the most interesting and intriguing of European cities. It’s a little bit Spanish, a little bit Arab, and a whole lot of only-in-Portugal.

Lisbon, the capital and largest city of Portugal, sits on the coast at the place where the river Tagus flows into the Atlantic Ocean, the westernmost capital of mainland Europe.

With its central location and port, Lisbon became the capital city of Portugal in 1255.

During the last centuries of the Middle Ages, the city expanded substantially and became an important trading post with northern Europe and Mediterranean cities.

And then, in the Age of Discovery from the 15th to 17th centuries, Lisbon was the port of departure for many of the great Portuguese expeditions, most notably Vasco da Gama’s trip to India in 1497.

On this visit, we went a bit out of town to the National Palace of Queluz, which was modestly modeled after the Palace of Versailles. It was constructed in 1747 for the Portuguese Royal Family. Today it is a glimpse into a time long gone, but not forgot 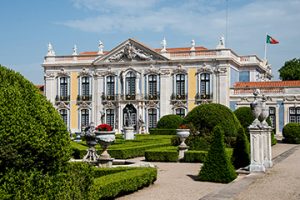 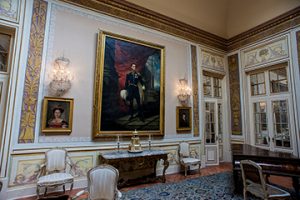 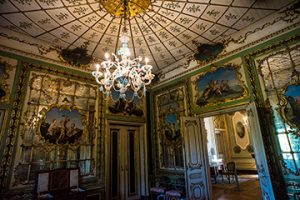 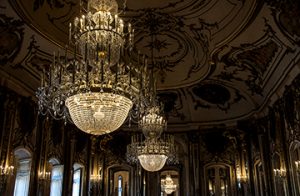 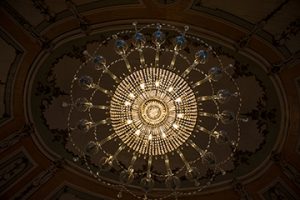 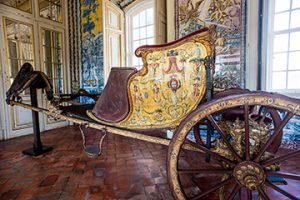 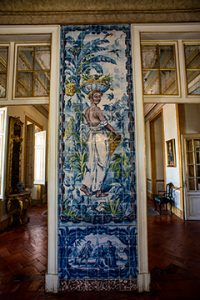 ALL PHOTOS BY COREY SANDLER, All rights reserved

Lisbon is a rich stew of architectural designs: Romanesque, Gothic, Manueline, Baroque, modern and post-modern along with a few Moorish styles.

The Museu Calouste Gulbenkian is one of the lesser-known jewels of Europe, a rich collection of ancient and classical art along with some modern pieces.

It was assembled in the early 20th century by Calouste Gulbenkian, a tremendously rich British businessman of Armenian extraction.

Santa Maria de Belém is about 4 miles west of the city. Its name comes from the Portuguese for Bethlehem.

Belém is the place from which many of the great Portuguese explorers set off on their voyages of discovery.

The tower was built as a fortified lighthouse late in the reign of Dom Manuel (1515–1520) to guard the entrance to the port at Belém.

A more modern monument in Belém is the Padrão dos Descobrimentos, the Monument to the Discoveries.

The 171 foot (52 meter) concrete monument was erected in 1960 to commemorate the 500th anniversary of the death of Henry the Navigator.

Shaped like a ship’s prow, it includes statues of Henry and important explorers.

Also in Belém is the fabulous Mosteiro dos Jerónimo, one of the reasons why the Torre de Belém was built.

The Jerónimos Monastery was begun in 1502 on instructions from Manuel I and took fifty years to complete.

Its role was as a monument to Vasco da Gama’s successful voyage to India; the great explorer’s tomb is inside. 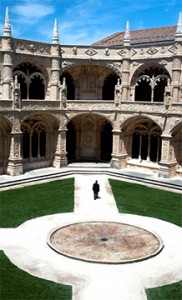 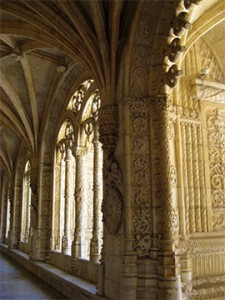 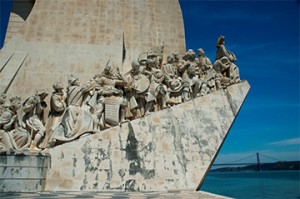 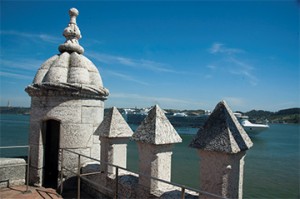 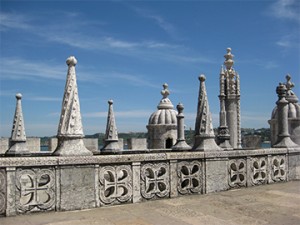 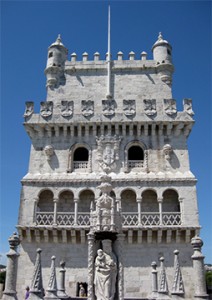