We’ve arrived in the northwest of Wales, a lesser-known corner of the United Kingdom.

It’s a place of legends and mountains and kings and princes. The Prince of Wales, right? And Prisoners.

About an hour away, is Caernarfon, the source for more than 700 years—with a few gaps here and there—of the title for the heir apparent to the English or British monarchy.

The title of Prince of Wales was first granted to princes born in Wales in the 12th century onwards; at the time Prince was the top of the chain, not King.

One of the last Welsh princes, Llywelyn ap Gruffudd, was killed in battle in 1282 by Edward I, King of England, whose son Edward, born in Caernarfon Castle, was invested as Prince of Wales and was the first English person to claim the title.

Since the 13th century, the title is granted to the heir apparent, although it is not a formal part of the royal succession but instead a personal honorific.

The title merges with or is replaced by King on accession to the throne.

In 1911, David Lloyd George, at the time Member of Parliament for Caernarfon boroughs, agreed to the British Royal Family’s idea of holding the investiture of Edward Albert Christian George Andrew Patrick David as the Prince of Wales at Caernarfon Castle.

The ceremony took place on July 13, 1911, with the royal family paying a rare visit to Wales, and the future Edward VIII received his preliminary title there.

On July 1, 1969 the investiture ceremony for Charles was held at Caernarfon Castle.

On this visit I went with guests for a ride on the Welsh Highland Railway through a portion of the dramatic Snowdonia National Park. It was a gray and misty day, but that suited our journey well.

Here are some scenes from our railway voyage: 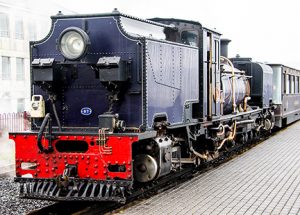 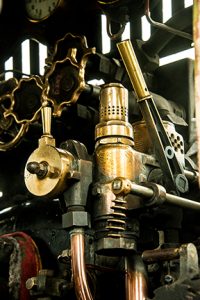 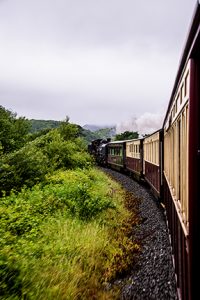 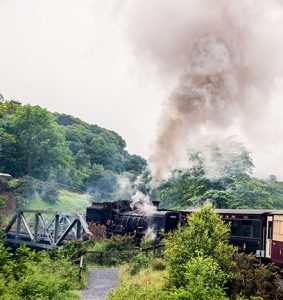 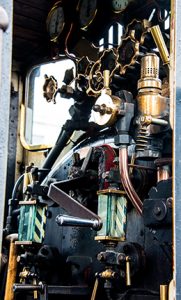 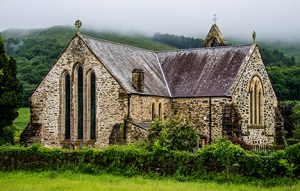 About 90 minutes away from Holyhead, across the Isle of Anglesey, lies Portmeirion.

It is an architectural folie, a version of an Italian coastal town—perhaps Portofino—purpose-built as a tourist attraction.

Most of the 50 or so buildings are slightly smaller than full-scale, which is exactly the approach that Walt Disney used in creating Disneyland and Walt Disney World.

And it is such an unusual sight that it was used as one of the centerpieces of a 1960s fantasy cult television series.

The Disney-esque visionary behind Portmeirion was Sir Clough Williams-Ellis, who devoted much of his time from 1925 to 1975 on its construction.

The television series was The Prisoner, first broadcast in the United Kingdom from September 1967 to February 1968. Only 17 episodes were made, starring Patrick McGoohan.

Basically, it is the story of a spy who quits in anger, but as he prepares to run away is rendered unconscious by knockout gas. When he awakes he finds himself held captive in a strange seaside “village” that is isolated by mountains and the sea.

The series had bits of spy fiction, a heavy dose of science fiction, a dollop of allegory, and more than a soupçon of psychological drama.

By that I mean it is rather difficult to explain.