Tromsø is the largest city in Northern Norway, 350 kilometers or 217 miles north of the Arctic Circle.

It is the second largest city within the Arctic Circle, behind only Murmansk.

Please don’t expect Paris. Even though at one time this small settlement did lay claim to the nickname of “The Paris of the North.” Everything is relative, I suppose.

Tromsø has a population of about 50,000, and the urban area spreads widely across about 973 square miles or 2,500 square kilometers. 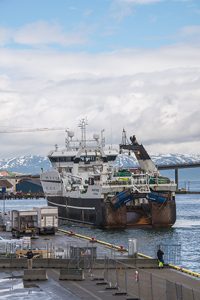 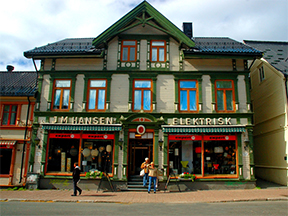 It is home to the world’s northernmost university, botanical garden, cathedral, and most importantly, the northernmost brewery in the world.

Now someone out there is saying: what about Reykjavik, the capital of Iceland?

Well, Reykjavik is larger than Tromso, about twice the population. But it lies about 150 miles short of the Arctic Circle.

Arctic hunting, from Novaya Zemlya to Canada, started up around 1820.

On today’s visit I went in search of monuments to a diverse group of people who were born or spent time here.

Among the ones I found was a statue to the great explorer Roald Amundsen. After 35 years of circling the globe, in 1928 Amundsen sent out to find the crew of another Expedition that have been lost in the Arctic.

In June of 1928, Umberto Nobile, a friend and sometime companion of Amundsen was missing in the Arctic and the Norwegian explorer launched a rescue mission.

Amundsen’s seaplane crashed somewhere in the Barents Sea and he and five other members of his crew were never found. 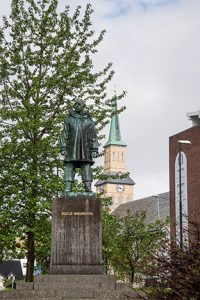 The statue of Roald Amundsen, not far from his home in Tromso.

In the center of the city is a large statue of a tall man comma King Haakon VII, who was sovereign of Norway through World War II, including time in exile in London. 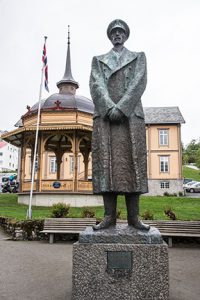 Adolph Thomsen was a renowned organist and composer born in Bergen. From 1879 to 1883 he served as the organist at the Cathedral here. One of his compositions, “Childhood Memory of Nordland” is considered an unofficial anthem of the north. 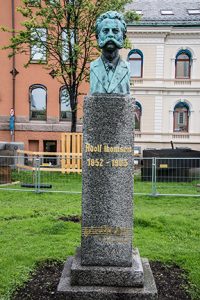 And then there is Peter Wessell Zappfe, born in Tromso in 1899. He was a physician, author, and mountaineer.

He is best known though for his writings which put forth a pessimistic and fatalistic view of human existence, in part inspired by the philosopher Arthur Schopenhauer.

Zapffe argued that humans are born with an overdeveloped skill of understanding and self-knowledge, which does not fit into nature’s design. 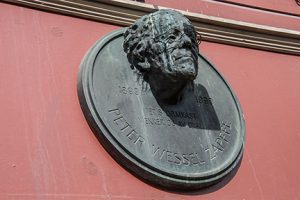 And so, why is Zappffe shown smiling on his plaque? 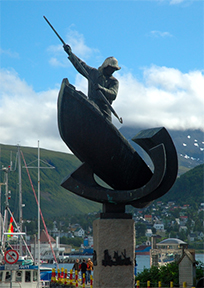 By 1850, Tromsø was the major center of Arctic hunting and the city was trading from Arkhangelsk to Bordeaux. The French connection led to the somewhat dubious Paris nickname.

By the end of the 19th century, Tromsø had become a major setting off place for Arctic expeditions. Explorers like Roald Amundsen, Umberto Nobile, and Fridtjof Nansen picked up supplies and often recruited their crew in the city.

In the heart of the city is the Church of Our Lady. 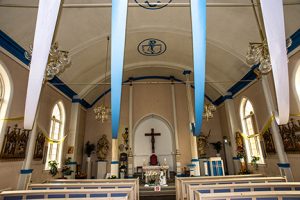 Like many other things in Tromso, it has a northernmost claim: the farthest north Catholic bishopric. The present church was completed in 1861.

Although the local Catholic population is only about 350, Pope John Paul II visited this small church and stayed as a guest of the bishop in 1989.

That makes it, of course, the northernmost Catholic church ever visited by a Pope.

You can help support this site by making purchases from AMAZON.COM by clicking on the banner below.