Marseille is the oldest city in France, and the country’s second-largest city population behind only Paris, and very much a working city, the country’s largest commercial port.

Until fairly recently, Marseille was a rather rough place. But in the past two decades it has seen a renaissance, reborn as a very attractive port and city. We arrived this morning to a spectacular blue sky and a lively place.

Along with all of its other regular attractions, the circus was in town. In fact, it was installed right alongside our ship at our dock on the edge of the old city. 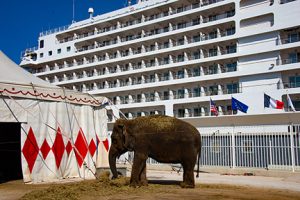 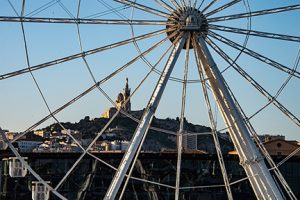 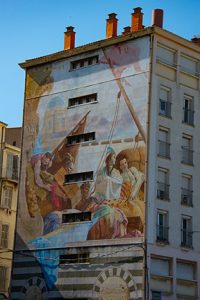 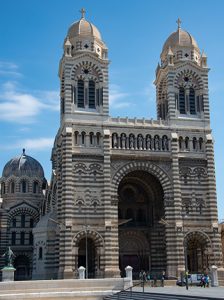 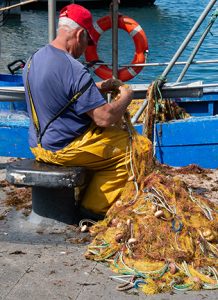 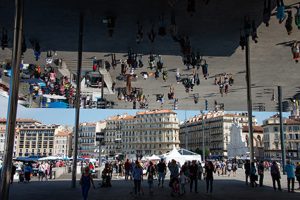 The city of Marseille was founded about 600 BC as a Greek trading port; it was named Massalia.

Facing an opposing alliance of Etruscans, Carthaginians and the Celts, the Greek colony allied itself with the expanding Roman Republic. That helped defend the city, but even more importantly it expanded trade.

Massalia became a link between inland Gaul and Rome, importing wine and other goods and exporting agricultural items and slaves to Rome.

Further out in the Bay of Marseille is the Frioul archipelago of four islands. One of those, L’ile d’If, is the location of Château d’If, made famous by the Alexandre Dumas novel “The Count of Monte Cristo.” 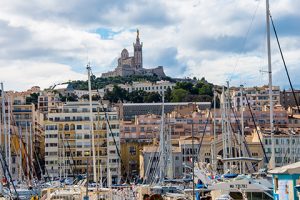 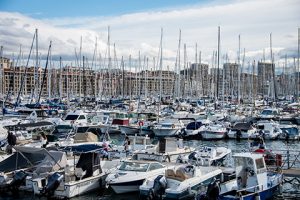 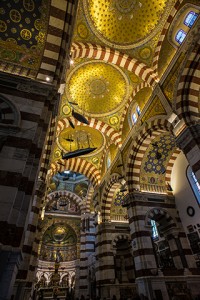 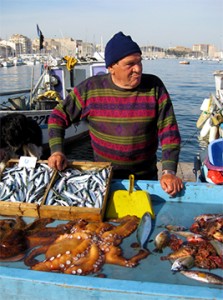 All photos copyright 2018 by Corey Sandler, all rights reserved.