High seas and winds kept us from our scheduled call at the French islands of St-Pierre and Miquelon near Newfoundland. So instead we spent yesterday at sea, arriving last night at Sydney, Nova Scotia.

We arrived with a chill wind, a harbinger of winter around the corner.

Sydney seems mostly frozen in the 1950s, a simpler and more innocent time—at least in my memory.

It is one of the only places in North America where I could direct you to a cobbler to have your shoes resoled. Or Doc Archibald with his office in an old Victorian behind a white picket fence. 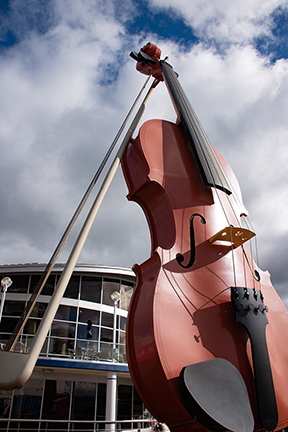 The fiddle at the Sydney Cruise Terminal. Photos by Corey Sandler

From 1784 to 1820, Sydney was the capital of the British colony of Cape Breton Island. The colony was merged with neighboring Nova Scotia when the British decided to develop the abundant coal fields surrounding Sydney Harbor.

By the early twentieth century Sydney was home to one of the world’s largest steel plants, fed by the coal mines of the Dominion Coal Company. 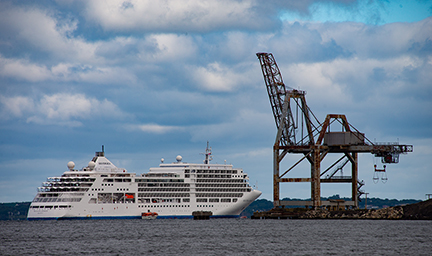 By the late 1960s both coal and steel industries were failing, and were taken over by federal and provincial governments. That lasted until late in 2001 when they could not be sustained any further.

Today the economy is not exactly booming, although the region benefits greatly from the lure of the Louisbourg Fortress nearby, a faithful reconstruction of the great French citadel erected to fend off the British. That didn’t quite work, and the Brits eventually captured and then knocked down the thick stone walls. But in the 1960s, federal and provincial governments, along with private money paid for the reconstruction of the fortress. 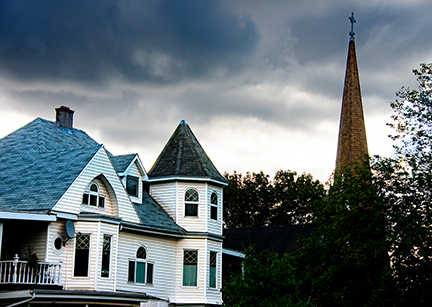 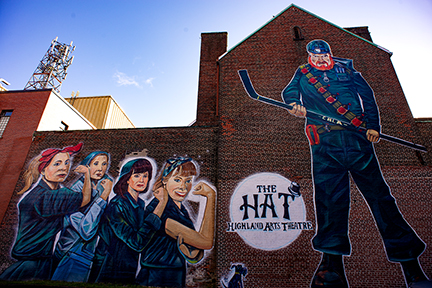 In another direction is Baddeck on the Bras d’Or (the Golden Arm), which most of the Anglophone locals insist on pronouncing something like “brass door.”

This was the summer home of Alexander Graham Bell, and the museum erected there is an amazing peek into the mind of a true genius.

Bell is perhaps most famous for the telephone; I guess we will forgive him for that. But consider also his accomplishments in aeronautics, metal detectors, sound recording, photoelectric cells, solar heating, and even air conditioning produced by directing fans across ice harvested from Lake Bras d’Or and stored in the basement of his estate.