We have crossed the Strait of Gibraltar from Europe to the mainland of Africa, continuing a bit more than 200 miles down the northwest coast to Casablanca, a fascinating city in a country with a rich culture and the inspiration for one of the classic films of Hollywood. You must remember this.

You can see at a glance the geographic relationship between northern Morocco and Spain.

Today only about 9 miles or 14 kilometers separate Africa from Europe. As recently as 5.3 million years ago, a few moments in geological time, the two continents were bridged by land.

Now let’s think what that means: the Mediterranean was essentially a huge lake, with land closing off the connection to the Atlantic Ocean. There was also a land bridge beyond Istanbul that made the Black Sea into another large lake.

On this visit I went with guests to the truly grand Grand Mosque of Casablanca, a huge structure with space for 25,000 within and 80,000 outside.  The Hassan II mosque was completed in 1993.

At 689 feet, the Great Mosque’s minaret is the tallest structure in Morocco and the tallest minaret in the world. Here is some of what we saw today: 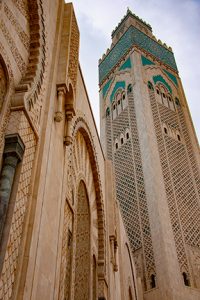 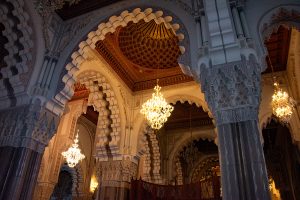 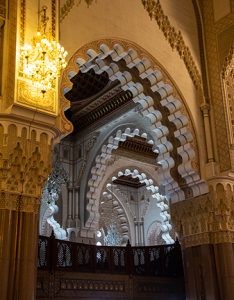 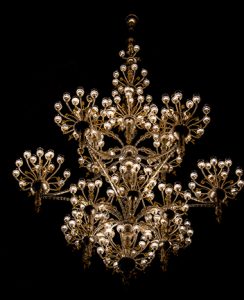 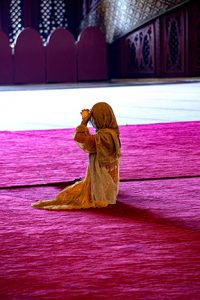 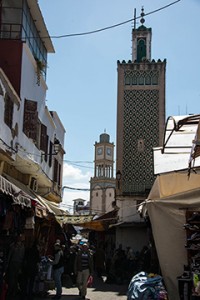 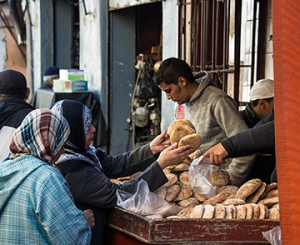 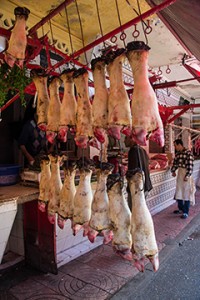 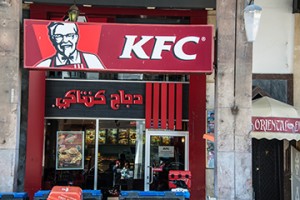 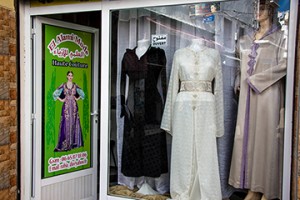 After visits to the islands of Cape Verde, the Canaries, and Madeira, we move back now to mainland Africa: Casablanca in Morocco. And some of us went on a side trip to Rabat, the capital.

From our ship, or from any high point on land, it’s easy to see at a glance the geographic relationship between northern Morocco and Spain.[whohit]-29 and 30MAR2014 AGADIR and CASABLANCA-[/whohit]

The two continents were bridged by land as recently as 5.3 million years ago, a few moments in geological time.

Today only about 9 miles or 14 kilometers separate Africa from Europe. 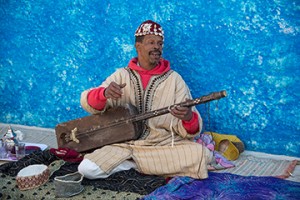 A Gnawa musician inside the Kasbah at Rabat. Gnawa is a stirring form of music with a strong rhythm; its roots are in Ghana but nearly the only place it is played is in Morocco. Some believe it gave birth to jazz. Photo by Corey Sandler

Morocco has a population of about 35 million, about the same as Canada.

And you won’t hear this sentence all that often: Morocco and Canada are similar in another context.

Morocco, though, is much smaller.

Casablanca is the largest city and principal port; Rabat is the national capital. 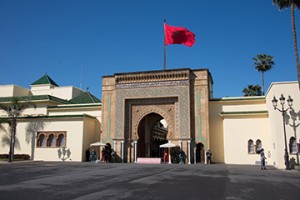 The King’s Palace in Rabat. Photo by Corey Sandler

That was the environment under which Rick Blaine (or Humphrey Bogart, if you prefer) operated Rick’s Café Américain in Casablanca.

It was decided it was too soon to launch a cross-channel attack from England to France. The British pushed for a second front: against Axis forces in Africa, in what was called Operation Torch.

In addition to forces from the United Kingdom, Operation Torch was the first major operation by Americans.

They sailed directly from the United States, the only instance in World War II where a significant force was loaded in American ports and landed directly on a hostile beach.

The Allies achieved strategic surprise, but the operation was delayed by French forces, who fought back in many locations including Morocco.

Why? French Vichy troops were told by the Germans there would be retribution in France if they failed to fight off the Allied invasion.

But French opposition ended in November. And some 275,000 Germans and Italians surrendered on the Cape Bon Peninsula in Tunisia on May 12, 1943. 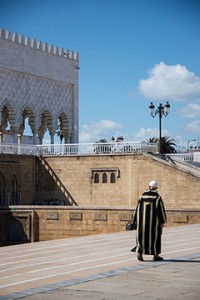 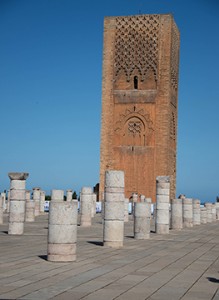 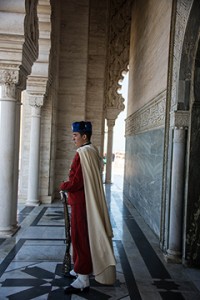 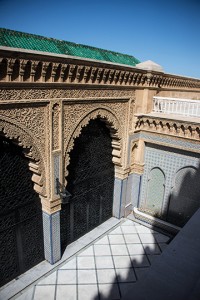 The Mausoleum of Mohammed V in Rabat. Mohammed VI, his grandson, is now on the throne. Photos by Corey Sandler

Once Morocco was under Allied control, it became an important base for air raids on Sicily and France, and also crucial in controlling the choke point of the Strait of Gibraltar.

Before, during, and after World War II, Moroccans did not much like their French overseers. They were denied freedom of speech, assembly, and travel.

Just as happened in other colonies—including Algeria—a nationalist movement rose in Morocco.

On March 2, 1956, after forty-four years of occupation, the Kingdom of Morocco gained independence from France and Spain.

Inside the ancient Medina of Casablanca, which bears no resemblance to a Tesco or a Safeway or most any other place most of us shop. At right, the apparent losers of camel races, ready for roasting. Photos by Corey Sandler

Haute couture in the Medina of Casablanca. Photos by Corey Sandler

Spain held on to the Spanish Sahara, to the south and west, until the death of Francisco Franco in 1975. Today that territory is still uncertain.

What is now called the Western Sahara is considered by the United Nations to be a non-self-governing territory.

That is the same status given by the UN to Gibraltar.

Not-so-haute cuisine in Casablanca. Do they know his name is Colonel Sanders? Photos by Corey Sandler