Dartmouth, the town near the mouth of the River Dart, is not quite famous.

Although, over the centuries, it was here that Geoffrey Chaucer visited, and adopted a character. And where Sir Francis Drake, and Sir Walter Raleigh plundered fabulous treasures.

It was here that the troubled explorer Henry Hudson was put under arrest. And the Pilgrim Fathers and the Mayflower put out to sea.

Prince Charles, his son Prince William, and a host of other royalty and naval figures trained here. And Agatha Christie vacationed.

Dartmouth was for centuries a very strategic deep-water port for sailing vessels. The port was used as the departure point for the Crusades of 1147 and 1190.

Warfleet Creek, close to Dartmouth Castle is supposed by some to be named for the vast fleets which assembled there.

Today I went with guests on a visit to Slapton Sands, about 10 miles away, where in 1944 about 800 American soldiers and sailors died in a D-Day rehearsal gone terribly wrong.

Here are some pictures from today:

A DARTMOUTH AND SLAPTON SANDS DIARY 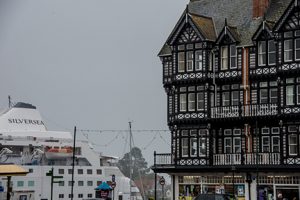 Silver Wind at anchor in Dartmouth 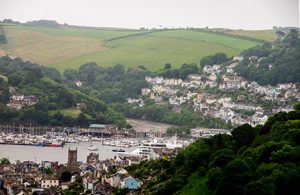 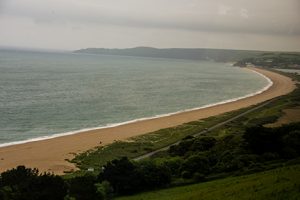 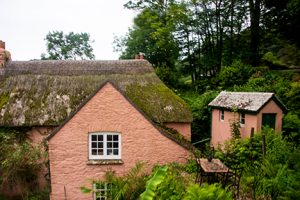 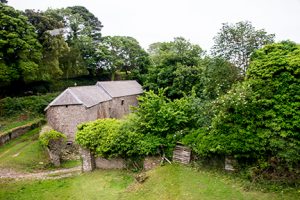 The countryside of Devon 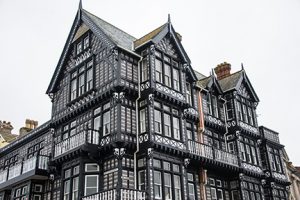 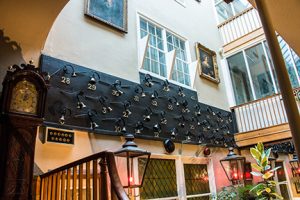 The room call board within the Royal Castle Hotel in Dartmouth 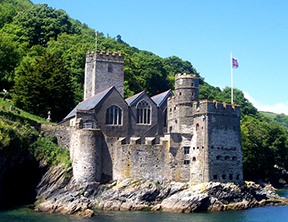 Dartmouth was a home of the Royal Navy from the reign of Edward III in the 14th century.

Dartmouth sent a number of ships to join the English fleet that attacked the Spanish Armada in 1588. And then Nuestra Señora del Rosario, the Spanish Armada’s “payship” was captured along with all its crew by Sir Francis Drake.

It was reportedly anchored in the River Dart for more than a year and the crew were used as laborers on the nearby Greenway Estate which was the home of Sir Humphrey Gilbert and his half-brother Sir Walter Raleigh.

Greenway was later the holiday home of Dame Agatha Christie in the 1950s.

The Britannia Royal Naval College in Dartmouth, established in 1863, is where all officers of the Royal Navy and many foreign naval officers are trained.

And in the run-up to the D-Day invasion of 1943, it was in this region that hundreds of thousands of American soldiers and sailors gathered and trained.