And my wife and I raised a couple of children from birth to adulthood—including a not-so-wonderful period of time in which they were 22 years old.

You remember the time, right?

Latvia and Estonia each emerged from behind the Iron Curtain 22 years ago.

Both countries are by no means newborns; their history goes back thousands of years.[whohit]-Riga 12Jun-[/whohit]

They were under the thumb of Nazi Germany and the Soviet Union for the second half of the 20th century.

And now they are in their twenties: full of energy, embued with talent, prone to momentary flashes of brilliance and great, clumsy stumbles. 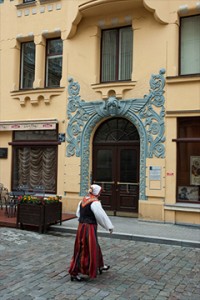 On the street in Riga. Photo by Corey Sandler 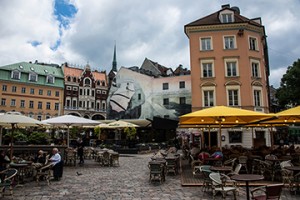 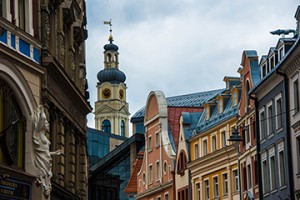 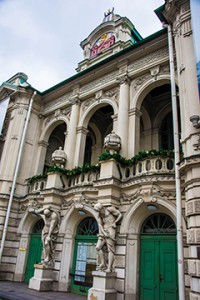 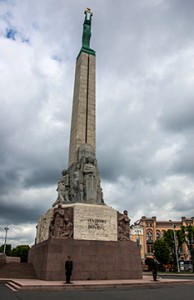 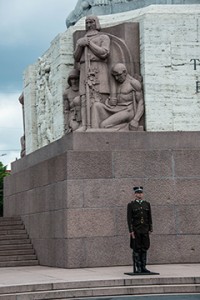 All photos by Corey Sandler, copyright 2014. All rights reserved.

This year, 2014, Riga takes the spotlight as the European Capital of Culture.

We’re coming in summer, but Merry Christmas nevertheless. Riga claims that the idea of a decorated Christmas tree began right here. There are documents from the House of Blackheads reporting a tree was raised in 1510.

It wasn’t an evergreen with tinsel and LED lights. It was a pyramid-shaped wooden structure, decorated with dried flowers, fruit and vegetables, and straw toys. 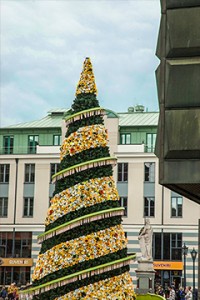 A Christmas Tree in downtown Riga. Photo by Corey Sandler

Then, some say, the tree was paraded around the meeting hall before being set on fire to signify the end of the old year and the beginning of the new.

Actually, the Blackheads were active in Riga and in Estonia and both places claim bragging rights.

In the 1880s, under Czar Alexander III, a period of Russification began.

When the Soviet Union swept in at the start of World War II and then again in the Cold War years from 1945 to 1991, there were more intense efforts to Russify Latvia. 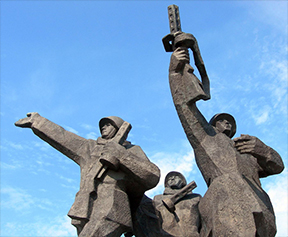 Waves of Russian immigrants came from Ukraine, Belarus, and Russia itself. In 1935, ethnic Latvians made up about 80 percent of the population; today, about half.

With independence in 1991, Latvian was made the official language. There is, though, bilingual education in primary schools for ethnic minorities including Russian, Yiddish, Polish, Lithuanian, Ukrainian, Belarusian, Estonian, and Roma.

At the same time, they are trying to remove foreign words, mostly Russian and English terms.

Despite two world wars and German and Soviet occupation, Riga has managed to retain a colorful and handsome central core, now a UNESCO World Heritage Site.

Rebuilding some of its greatest churches and buildings has only been completed in the last decade. They range in design from Gothic to Modernist.

The city is particularly notable for its extensive Jugendstil or German Art Nouveau architecture. Many of the more spectacular structures were designed by Mikhail Eisenstein, a Russian architect who worked in Riga early in the 20th century. 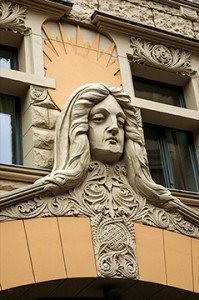 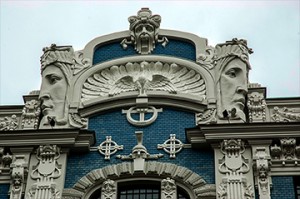 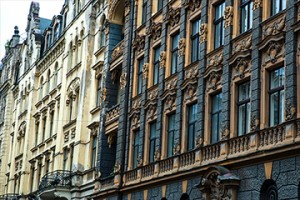 Some of the amazing Jugenstil or German Art Nouveau architecture in downtown Riga. Photos by Corey Sandler