A Russian proverb says: “Life is an onion. One peels it while crying.”

So it is on a place like Solovetsky, called by some the “island of tears.”

Solovetsky Island—the largest of the six dots of land in the Solovki Archipelago—is the attic of Russia, a place where the Czars and then the Communists chose to store people and things they did not want have to deal with.

People who had the serious flaw of permitting themselves independent or non-conventional thought. 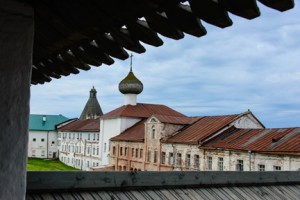 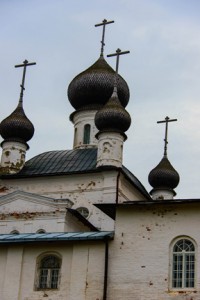 The Solovetsky Monastery was the greatest citadel of Christianity in the Russian North. Founded in 1436, it became one of the wealthiest landowners and most influential religious centers in the remote White Sea.

Just as the serfs were the property of the Russian ruling class, so too were the acolytes of Solovetsky bound to the monks.

Or, for that matter, places like the great estates of England and the villages with which they were linked; Downton Abbey, if you will.

The Solovetsky Monastery had a religious core, but it was also a citadel and something close to a factory state or a company town. 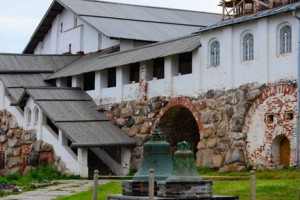 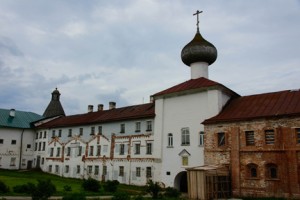 In the 1650s and 1660s, the monastery was one of the strongholds of the Raskol or schism in the Russian Orthodox Church. What happened was a split between what became the official church and the Old Believers movement.

Here at the isolated attic of Russia, the idea of reform was not embraced. About 500 rebels took part in the Solovetsky Monastery Uprising, which began under the slogan of the struggle for the “old faith.”

The uprising was supported by local peasants and workers. Food was smuggled into the monastery during more than seven years of siege.

The rebels had been successfully defending themselves until they were betrayed by one monk who showed the Streltsy an unprotected window of the monastery’s White Tower.

Only 60 rebels out of 500 survived the seizure of the monastery. Nearly all of the remaining insurgents were later executed. 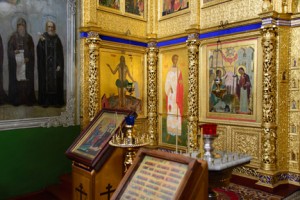 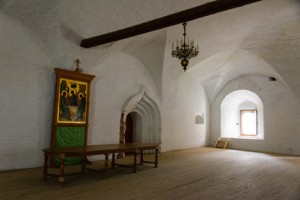 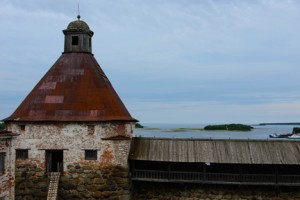 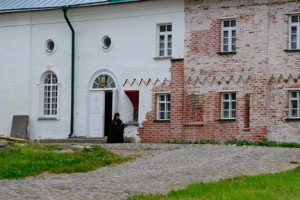 In 1694, Peter the Great visited the Solovetsky Island. wrapping himself in the cloak of the Russian Orthodox Church. 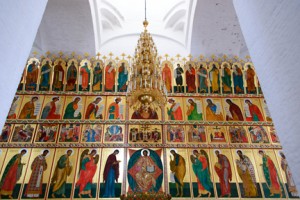 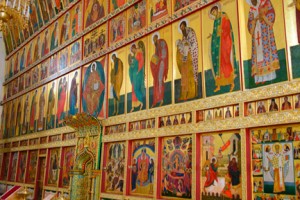 Later this island of tears met the newborn Soviet Union. The Solovki islands were the birthplace of the Gulag system, a place where as many as one million people were imprisoned, many tens or hundreds of thousands of them never to return.

The Soviets used the camps as prototypes for what were called the Solovki Special Purpose Camp where the dreaded NKVD (the internal secret police) developed and tested various means of repression and punishment.

After protests were raised in Western Europe and the United States, the camps were spruced up a bit.

The writer Maxim Gorky began as a bitter opponent to the Russian Imperial family but later fell out of favor with Lenin and sought exile in Europe. In 1929 he returned to the Soviet Union at the invitation of Joseph Stalin.

Gorky visited Solovki and wrote an essay praising the beautiful setting of the islands and making little mention of the political prisoners and the conditions under which they labored.

Why? Russians say that Gorky came back to a place where he would emerge from the obscurity of exile and once regain celebrity in his homeland. 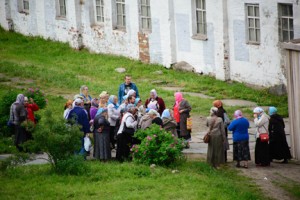 Tall crosses made in the monastery’s workshop mark the islands’ many mass graves, home to tens of thousands or perhaps hundreds of thousands who died in the camps or in forced labor on canals and other projects in the difficult north.

The skin of the onion began to be peeled back by dissidents like the more courageous writer Aleksandr Solzhenitsyn who wrote about the “Gulag Archipelago.” He called the Solovki Prison the “mother of the Gulag.”

Today it is still a remote place, still capable of drawing tears and thoughts. We are sailing away now from Solovetsky Island, but it shall remain forever in my mind. 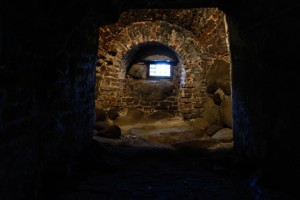 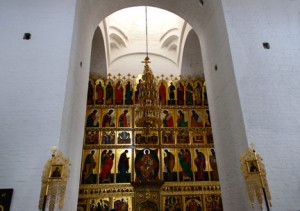 The buildings were transformed into a naval base for the Soviet Northern Fleet, with the navy cadet corps deployed in the monastery buildings.

All text and photos copyright 2013 Corey Sandler. If you would like a copy of a photo, please visit the Obtain a Photo tab of this blog.