On this visit to Charleston,  I went with a group of guests to visit the fort in the harbor.  The import of the fort is huge,  but its size is surprisingly small,  one of a number of installations on islands and sandbars in the Cooper River. 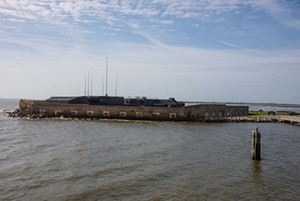 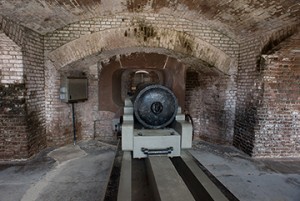 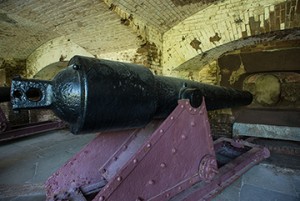 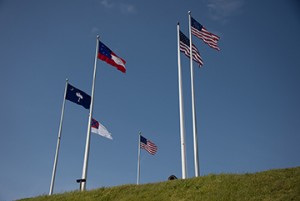 On December 1860, South Carolina was the first state to secede from the Union. On January 9, 1861, cadets from The Military College of South Carolina, also known as The Citadel, opened fire on the Union steamship Star of the West entering Charleston’s harbor. 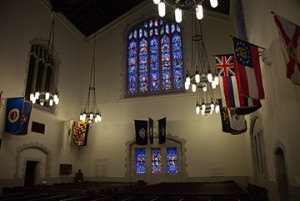 The Chapel at The Citadel

The ship was carrying relief supplies for the Federal garrison at Fort Sumter. The captain got the message and left in a hurry: the first organized shots of the U.S. Civil War.

South Carolina, like most of the Southern States, had an economy that was fully dependent upon slave labor.

The first settlers were mostly from England, and England’s colonies of Barbados in the Caribbean and Bermuda in the Atlantic. 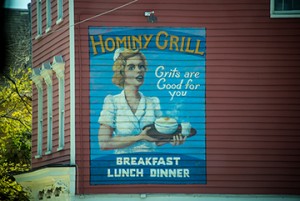 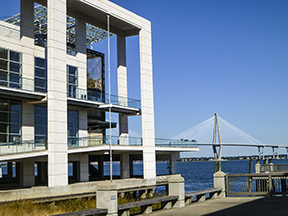 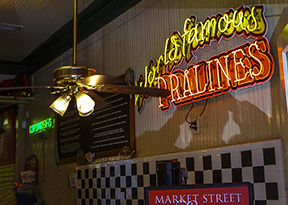 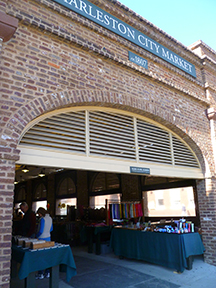 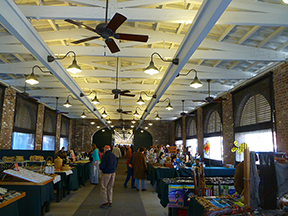 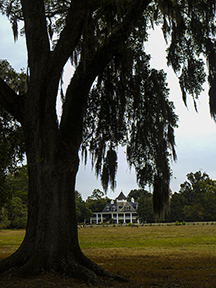 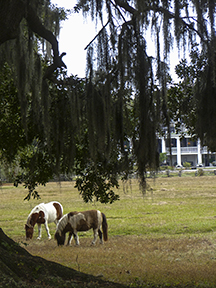 By the mid-18th century Charles Towne had become the hub of the Atlantic trade for the southern colonies.

Mostly because of the lucrative slave trade, it became the wealthiest and largest city south of Philadelphia, the fourth-largest port in the colonies, after Boston, New York, and Philadelphia.

Colonial landowners had experimented with cash crops ranging from tea to silkworms.

Once British colonial planters in the American South discovered rice would grow in that region, they sought enslaved Africans from rice-growing regions of West Africa because of their skills in irrigation, dams, and earthworks.

About 40 percent of the 400,000 Africans transported and sold as slaves in North America landed at Sullivan’s Island in the harbor.

The Gullah are descendants of African slaves who live in the Lowcountry and islands of South Carolina and Georgia. The Gullah people and their language are also called Geechee, which may be related to the Ogeechee River near Savannah.

The Gullah influenced local music and eventually the rest of the country, especially in the early development of jazz.

The geechee dances that accompanied the music of dock workers in Charleston followed a rhythm that inspired Eubie Blake’s “Charleston Rag” and later James P. Johnson’s “The Charleston,” which launched the dance craze of that name in the 1920s.

In 1925, DuBose Heyward, a white Charlestonian, wrote a novel called “Porgy”, based on African-American life in the fictitious Catfish Row based on Charleston’s Cabbage Row on Church Street.

Dubose and his wife Dorothy made the novel into a Broadway show of the same name in 1927.

And then DuBose Heyward collaborated with George Gershwin and his brother Ira Gershwin to turn his novel into the opera, “Porgy and Bess.”

George Gershwin spent the summer of 1934 at Folly Beach outside of Charleston learning about Gullah and Geechee.