Thessaloniki is the Second City of Greece.

A poet of about a century ago described it as a “city of ghosts”, inhabited by the reminders of ancient Romans, ancient and modern Jews and Muslims, and a city destroyed by fire in 1917.

Athens is way out front with four million residents in its metropolitan area and most of the fame;Thessaloniki, not nearly so well-known, is home to about one million in and around the city.

And it has an honorific title: co-capital. But co-capital NOT with Athens. The honorific reaches back more than a millennia to Thessalonki’s status as the co-reigning city of the Eastern Roman or Byzantine Empire, alongside Constantinople, now Istanbul.

And though it is today a modern city, it is built on a foundation of Roman, Byzantine, Ottoman, and Sephardic Jewish cultures, somewhat different from Athens. Salonika was at one time a predominantly Jewish city, with a population made up of Sephardic Jews living alongside substantial groups of Muslims and Orthodox Christians. 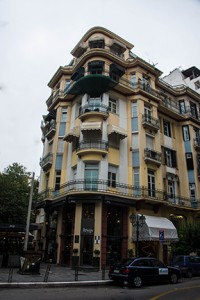 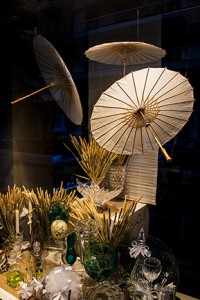 It is believed that the first Jewish residents in Greece were in Salonika, brought from Alexandria, Egypt in 140 BC by Alexander the Great’s brother-in-law Kasandros because of their expertise in maritime trade.

It was after the breakup of the Roman empire in 395 that Salonika became the second most important city–after Constantinople–in the Byzantine Empire. The Byzantine emperors sought to “Christianize” their subjects, and Salonika—at the outer reaches of the empire—was subject to bans on religious practices and in some cases orders to convert or leave.

The Jewish population remained quite small until the second half of the 14th century as persecution in Europe began to drive Jews out of Hungary and then Iberia. In 1394 there was a migration from Provence. 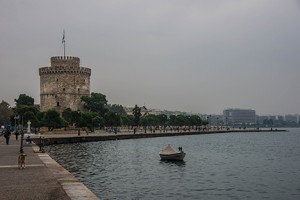 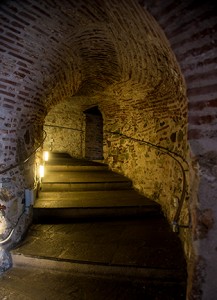 The 15th-century White Tower, an Ottoman relic along the waterfront

Meanwhile the Ottoman Empire was on the rise, moving westward from Constantinople. At the same time the Venetian Republic was once again expanding toward the east. The siege of Thessalonica, between 1422 and 1430, was an ultimately successful attempt by the Ottoman Empire to take the Byzantine city of Thessa­lonica.

And then in 1453, Constantinople—the capital of the Byzantine Empire—fell to the Ottomans led by 21-year-old Sultan Mehm­ed II. This marked the end of the Roman Empire, an imperial state which had lasted for nearly 1,500 years. 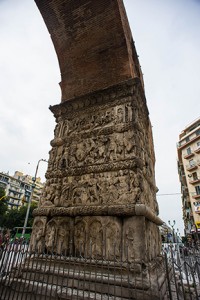 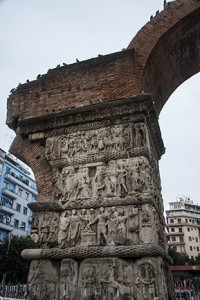 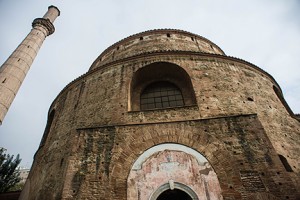 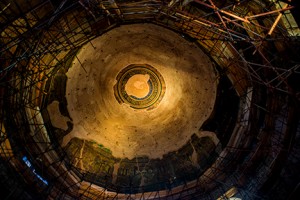 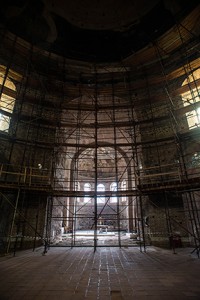 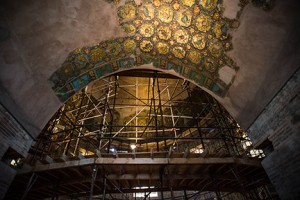 The spectacular Rotonda, built by the Romans in the year 309

For much of the 19th century and into the first half of the 20th century, Salonika was essentially a Jewish city—at first within the Muslim Ottoman Republic and then within Orthodox Christian Greek Republic.

More than half of the pre-World War II population of about 100,000 were Jewish. Most had arrived over the centuries from such countries as Hungary, Germany, Spain, Sicily, and Portugal to find safe harbor from pogroms, economic hardship, and wars.

The Jews ran the port and other industries including the silk trade. They built about 40 synagogues and many libraries and other places of education and culture.

Reports of the time noted how the city was all but closed on Saturday, the Jewish Sabbath. Not Friday as it would be in an observant Islamic region or Sunday as would be the case in a Christian city.

When World War I began in 1914, Greece maintained neutrality although it cooperated with the Allied or Entente Forces. Thessaloniki became a transit center for Allied troops and supplies, and the city filled with thousands of French and British soldiers, as many as 100,000.

It was during that time, in August 1917, that two-thirds of the city was destroyed in the Great Fire that erased most traces of what was once a bustling city. Today, a rebuilt city . . . with many ghosts. 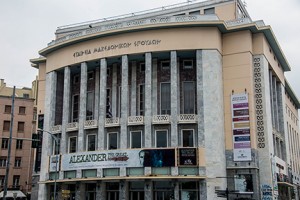 At the Macedonian Cultural Center, preparations were underway for “Alexander the Great, the Rock Opera.” The mind boggles

All photos by Corey Sandler. All rights reserved. If you would like to purchase a high-resolution copy of any image, please contact me.