We slipped into Odessa under cover of darkness and woke to a glorious day in one of the most handsome cities of Europe.

And at the close of the day, we sailed out of port with all guests and crew accounted for.

In between: some of us witnessed what may be the beginning of the end of peace–and independence–in this huge tinderbox nation. Riots broke out between pro-Russia and pro-Ukraine factions: from rocks to firebombs to assaults on a government building and deaths.

We had previously canceled our scheduled port calls to Yalta and Sevastopol in Crimea; there was not much debate about the need to do that once the southernmost portion of Ukraine came fully under control of Russia. But Odessa seemed secure, a place with a significant history of many cultures living together and creating art and music and society.

But Vladimir Putin’s Russia has found ways to stoke the nasty fires of separatism, especially in places where Ukraine has been heavily Russified over the past century: the eastern portion of the country is predominately populated by ethnic Russians who were brought there by the Czars and then the Soviet Union.

On the day we arrived in Odessa, a football match was scheduled between a local team and one from the eastern part of Ukraine near Russia. The morning started with parades of football supporters. Somewhere in that mix, it appears, were some bent on provocation and violence and by the end of the day Odessa was fully in the mix.

We wish beautiful Odessa and the people of Ukraine the best. We hope to return to a free, safe, and happy country again. 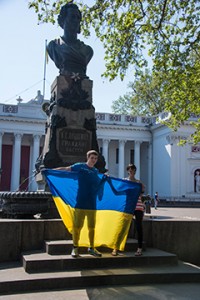 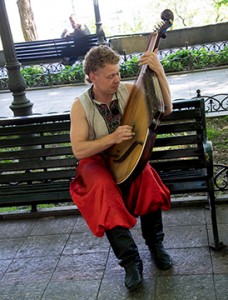 A pro-Ukrainian demonstration in the morning, and a bandura performer in the park. Photos by Corey Sandler 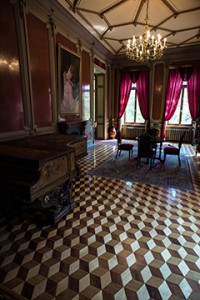 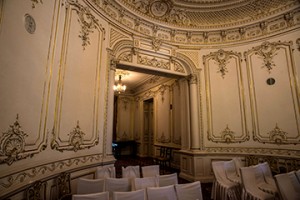 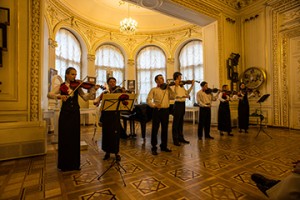 Inside some of the mansions of the beautiful city of Odessa. Photos by Corey Sandler 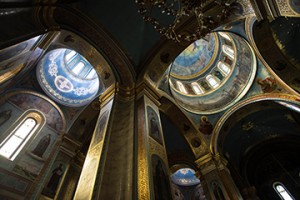 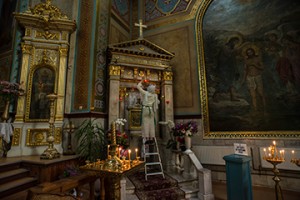 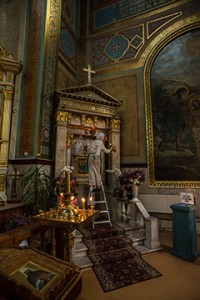 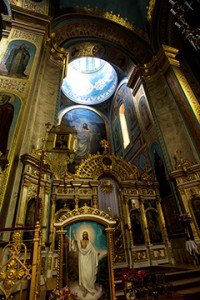 Church of the Assumption in Odessa, a place of solitude and grace in a time of near-war. Photos by Corey Sandler