The Bridge Across Time and Continents

Istanbul, one of the great cities of the world, is a place where ancient history comes alive.

It is the place where East meets West,

Where Islam meets the Judeo-Christian world.

Here in Istanbul we wish safe travels to many guests who have been with us since Monte Carlo and before, and welcome new friends who will sail with us through the Bosporus Strait and into the Black Sea. 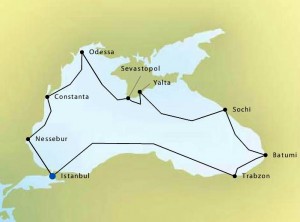 Our voyage from Istanbul into the Black Sea. Because of the unrest in Ukraine, we have had to rework our itinerary, removing Yalta and Sevastopol in the Crimea; we have added Sinop in Turkey.

Istanbul is on the European side of Turkey, straddling the Golden Horn and fronting the Bosporus Strait that runs from the Sea of Marmara to the Black Sea. 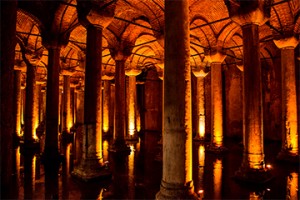 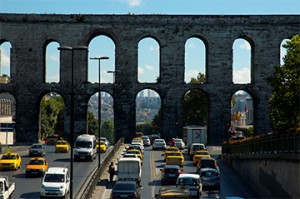 The 6th century cisterns of Istanbul, near the Blue Mosque and the 5th century Valens Aqueduct built by the Romans. Photo by Corey Sandler

Kapalıçarşı, the Grand Bazaar, is one of the largest and oldest covered markets in the world, encompassing more than 58 streets and 4,000 shops. As many as half a million people visit daily.

Nearby is the smaller but very colorful and flavorful Spice Market, at the western side of the Galata Bridge. 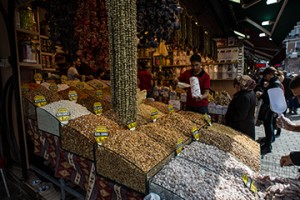 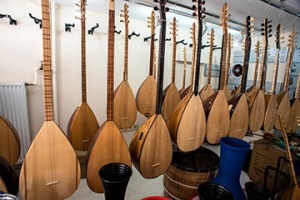 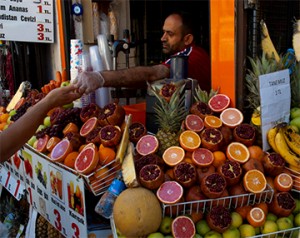 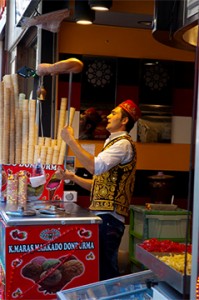 Scenes from in and around the Spice Market and across the Golden Horn along Istaklal Avenue near Taksim Square. Photos by Corey Sandler

The Sultan Ahmed Mosque, the Sultanahmet, is known to the outside world as the Blue Mosque, named for the colorful tiles within. It was completed in 1616. 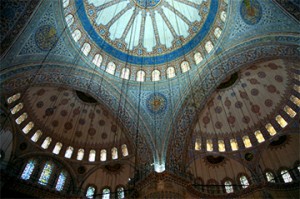 Inside the Blue Mosque. Photos by Corey Sandler

The Blue Mosque melds two centuries of Ottoman mosque and Byzantine church building. Only the sultan was allowed to enter the court of the mosque on horseback.

On the western side, a heavy iron chain spans the entrance, so that even the sultan had to lower his head in religious acknowledgment.

Within, the walls and columns are lined with more than 20,000 handmade ceramic tiles in more than 50 designs. Those at lower levels are traditional in design, while at gallery level they become flamboyant with representations of flowers, fruit, and cypresses.

Süleymaniye is Istanbul’s second largest mosque. It is actually a bit older than the Blue Mosque, completed in 1558.

Again, it combines Islamic and Byzantine architecture. The design of the Süleymaniye also plays on Suleyman’s representation of himself as a ‘second Solomon.’ It references the Dome of the Rock, which was built on the site of the Temple of Solomon in Jerusalem.

Here are some scenes of Süleymaniye. All photos by Corey Sandler, all rights reserved. 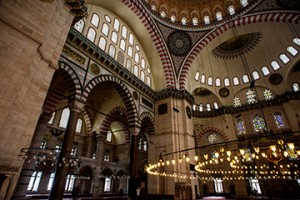 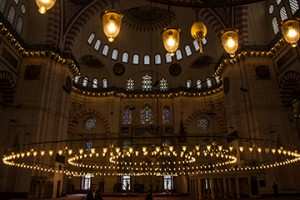 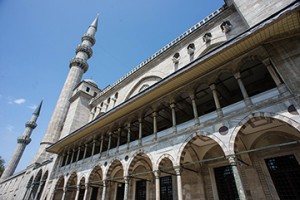 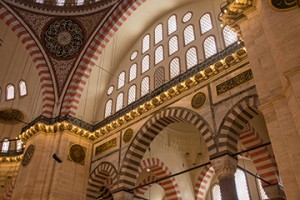 Topkapı Palace was the primary residence of the Ottoman Sultans from 1465 to 1856. The name means “Cannon gate Palace”.

Construction began in 1459. The palace complex consists of four main courtyards and many smaller buildings. At its peak, the palace was home to as many as 4,000 people.

The palace functioned almost as a city within a city, encompassing dormitories, gardens, libraries, schools, and mosques.

Within the palace, the sultan and his family could enjoy privacy, making use of secret passageways and grilled windows.

After the end of the Ottoman Empire in 1921, Topkapı Palace was transformed into a museum of the imperial era. Only the most significant of the hundreds of rooms are open to the public today.

Hagia Sophia began as an Orthodox Christian basilica, converted to a mosque, and now a museum.

The Emperor Justinian had materials brought from all over the empire: Hellenistic columns from the Temple of Artemis at Ephesus, large porphyry stones from quarries in Egypt, green marble from Thessaly, black stone from the Bosporus region, and yellow stone from Syria.

It was the largest cathedral in the world for nearly a thousand years, until the Seville Cathedral was completed in 1520.

The Greek name for the original cathedral was “Church of the Holy Wisdom of God.” From its dedication in 360 until 1453, it served as the Greek Patriarchal cathedral of Constantinople, except for the period between 1204 and 1261 when it was a Roman Catholic cathedral in the Latin Empire.

And then under the Ottomans, the cathedral was made a mosque in 1453, a role it continued until 1931.

In 1935, Mustafa Kemal Atatürk, the founder of the Republic of Turkey and first President, determined to separate Islam from politics, transformed Hagia Sofia into a museum.

The Istanbul Archaeology Museums has three collections in the Eminönü district, near Topkapı Palace: The Archaeological Museum, the Museum of the Ancient Orient, and the Museum of Islamic Art.

One of the great sights of Istanbul is relatively young, Dolmabahçe Palace. This was the last of the Ottoman Palaces, heavily influence by European designs and customs in the mid-19th century.

Here is an album of photos from inside and outside of Dolmabahçe. Photos by Corey Sandler 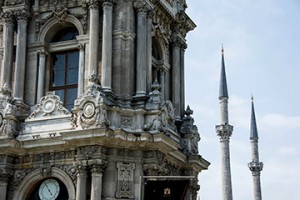 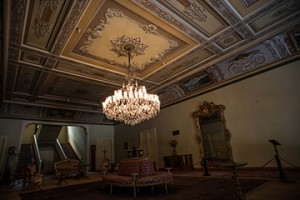 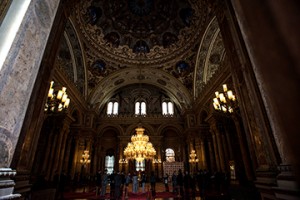 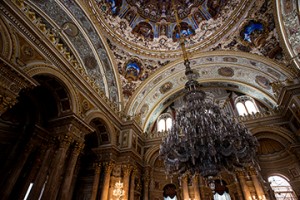 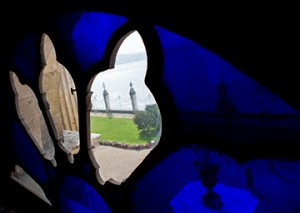 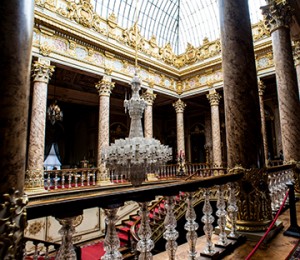 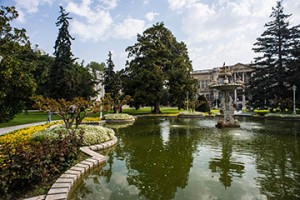 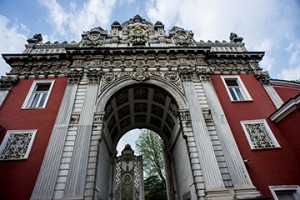 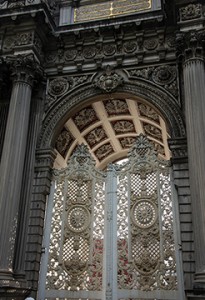