València is Spain’s third largest city, after Madrid and Barcelona, which is pretty impressive company.

But València can stand on its own as a wondrous old city, the former capital of the Old Kingdom of València.

The birthplace of paella.

The deathplace of the fallas.

And the modern resurgence of an ancient settlement around the spectacular Ciutat de les Arts i les Ciències, the City of Arts and Sciences, completed in 2008 in the old bed of the river Turia.

And so I chose to conduct a photo safari in which I focused on the parts rather than the whole of Valencia. Here is some of what I saw. 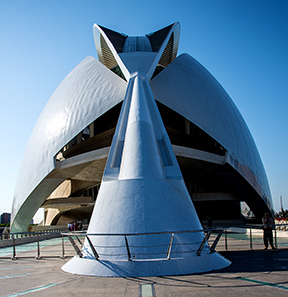 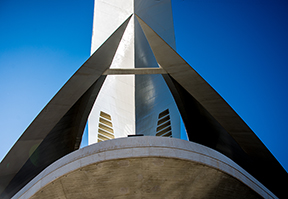 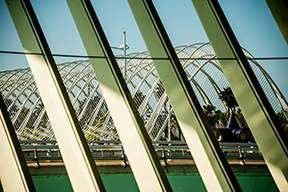 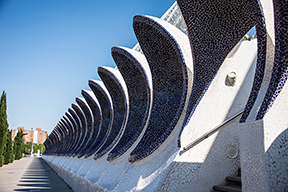 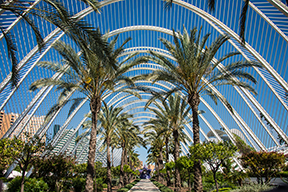 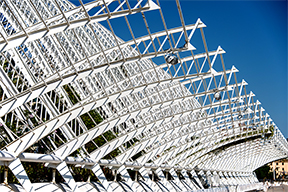 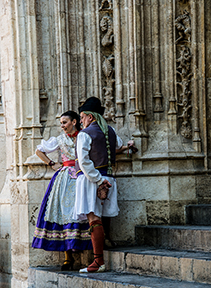 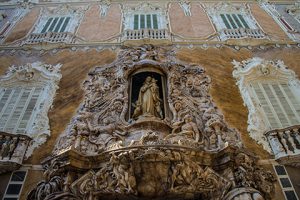 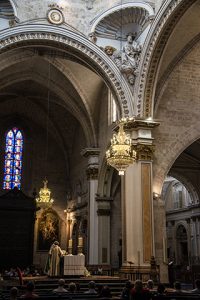 Its highlights include structures by the Spanish architect Santiago Calatrava, among them the Palau de les Arts Reina Sofia opera house and performing arts center which is topped by a swooping wave which overhangs the structure.

L’Hemisfèric, an IMAX Cinema and planetarium is the centerpiece of the project. Its eyelid is reflected in a water pool, creating the illusion of a giant eye.

El Museu de les Ciències Príncipe Felipe is an interactive museum of science that resembles the skeleton of a whale.

L’Oceanogràfic is the largest oceanographic aquarium in Europe. Built in the shape of a water lily, it is the work of another architect, Félix Candela.

CITY OF ARTS AND SCIENCES 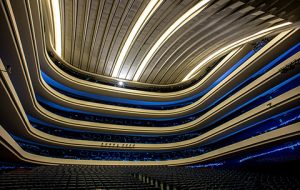 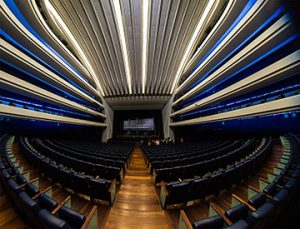 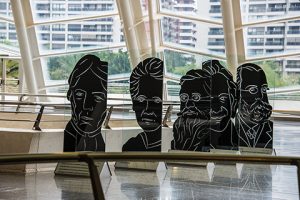 We eat oh so well aboard ship, but that is no excuse not to indulge in local specialties when given the chance. Few places are more worthy than this region of Spain, the birthplace of paella.

The dish is named after the pan used to prepare it. You can, if you wish, think of it as a Spanish version of a wok.

In many ways it brings together the Roman and Arab and indigenous flavors of the region.

In Moorish Spain, farmers improved the old Roman irrigation systems along the Mediterranean coast, leading to greater yields in rice production. And from this came casseroles of rice, meat, fish, and spices.

Paella Valenciana includes meat (usually chicken or rabbit). Paella de Marisco, with fish or seafood, or even Paella Mixta, with meat and fish. Not with sausage, ham, or meat broth; those are for tourists.

Paella is typically eaten at midday, so many restaurants do not serve it at dinner, which in Spain can be deep into the night. In its classical version, paella is cooked over a wood fire. Not gas. And if you see a microwave in the kitchen, run away. 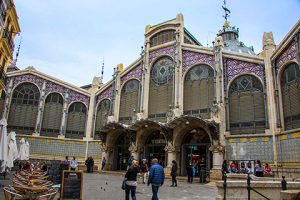 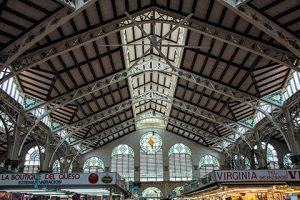 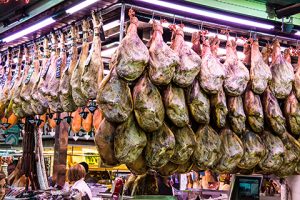