One island, two nations: we’re visiting the Dutch capital of Philipsburg (where they officially call the island Sint-Maarten.) There are no border guards a few miles away where the French side of Saint-Martin begins.

There are also four dominant cultural heritages: African, French, British, and Dutch. And a whole lot of Americans, Canadians, and Europeans who come to the island aboard jumbo cruise ships and jumbo jets.

Unlike Hispaniola, where the Dominican Republic and third-world Haiti are at nearly opposite ends of the economic spectrum, on Sint-Maarten/Saint-Martin both sides are relatively prosperous because of thriving tourism.

The dock at Philipsburg can accommodate at least six very large cruise ships including the most mega of the megaships. The entire population of the islands–both sides now–is about 75,000 and in the heart of the tourist season there could be 30,000 guests and 12,000 or so crew heading ashore for the day.

The harbormaster has to manage the arrival and departure times of the ships like an air traffic controller. 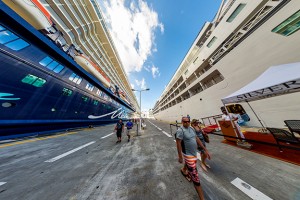 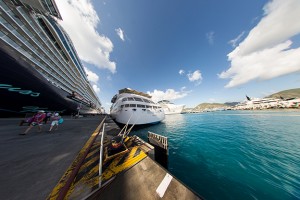 (There’s also a port on the French side, at Marigot, but ships must lie at anchor and send guests in by tender boat, and the seas can be quite unpredictable. The island is small enough at about 34 square miles to allow visits to both sides quite easily, and so most cruise ships opt for the convenience of tying up to the dock in Philipsburg.)

Though he claimed it as Spanish territory, Columbus did not land on the island and the Spanish did not consider it a high priority for settlement.

On the other hand, both the French and the Dutch wanted the island.

The French saw it as a stepping stone in the Caribbean, part of their goal to colonize the islands between Trinidad and Bermuda.

The Dutch took a broader view, seeing Sint Maarten as a halfway point between their colonies in New Amsterdam (you may know the place today as New York City) and Brazil.

In a rare instance of diplomacy, the French and the Dutch signed the Treaty of Concordia in 1648 and divided the island into two sections. That’s not to say there weren’t occasional conflicts between the two sides, plus a bit of interference by the Spanish.

But in modern times the island has held on to its Dutch-French mix. There are, though, some real differences between the Dutch and French side. 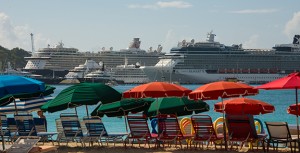 The shops and the restaurants on one side or the other are not the same. The Dutch side is bustling, with large resorts and chain stores. The French side is more laid-back, with exclusive shops and pricey bistros.

Philipsburg can be a bit of a madhouse when cruise megaships are in town. Marigot much less so.

There are beaches and resorts all around, and each has its own character; the Dutch side has a few casinos, if that’s where you want to spend your Guilders or Dollars or Euros.

Our goal each time we come to the island is to try and find a place where we can still glimpse some hints of what remains of the local culture. 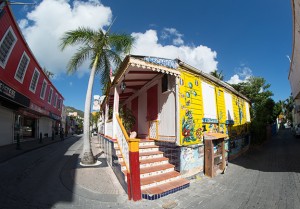 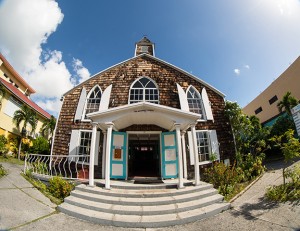 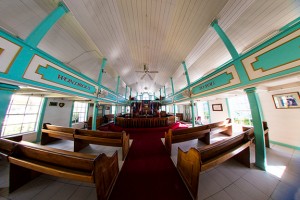 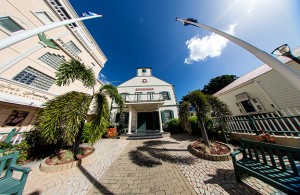 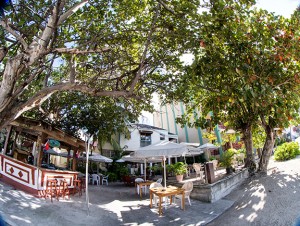 One relatively small island, about 34 square miles or 87 square kilometers that holds two countries: the constituent country of the Kingdom of the Netherlands on the southern side, and the French overseas collectivity on the north.

We came into the dock in Philipsburg on the Dutch side, one of the largest cruise ship ports in the world.

P-burg, as locals call it, has been so successful in luring cruise ships to its still-expanding port complex that at times it is overwhelmed by tens of thousands of tourists wandering its narrow alleys and streets.

In fact, we made a change to our scheduled itinerary for this cruise moving our visit forward by one day so that we could find a parking space on a slightly less busy day.

The other side of the island, the French side, is somewhat less busy and possessed of the nicer beaches. It’s also a great place to get a fresh baguette.

We spent our day at Orient Beach, a lovely strand on the French side of the island. When my wife and I first came to the island almost 40 years ago, there was just a beach. Today there is a condo development and restaurants and bars. Still a fine beach, though. 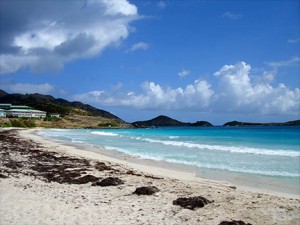 Orient Beach on a rare day without sunbathers, some of whom seem to have underdressed for the occasion.

As you arrive the beach is for families of all sorts and shapes. If you wander to the right, you enter a zone where most of the visitors seemed to have forgotten their bathing suits. Some of them should rethink their packing skills.

You can read more about the history of this two-nation island in my post from a few weeks ago, at http://blog.sandlerbooks.com/?p=2721

At the end of the day we set sail for the island of St. Barts, putting down the anchor their just in time for the final event of Vaval, their carnival.

One relatively small island, about 34 square miles or 87 square kilometers.

Two countries: the constituent country of the Kingdom of the Netherlands on the southern side, and the French overseas collectivity on the north.

Three names: Sint-Maarten to the Dutch. Saint-Martin to the French. 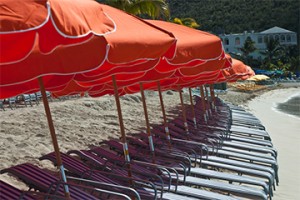 Silver Cloud docked in Philipsburg on the Dutch side, one of the largest cruise ship ports in the world.

And today,  five cruise ships in port. One is the largest floating passenger carrying machine in the world with nearly 6,000 guests and 3,000 crew. Three others are merely huge.

For the record, although the French side is larger and in some places more attractive with the better beaches and restaurants, the Dutch side has the significant harbor of Philipsburg. 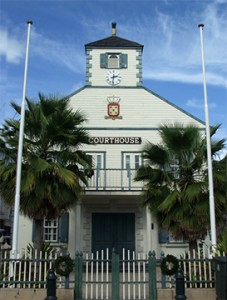 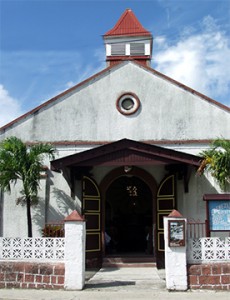 Depending on your point of view, on a good day (for business) or a bad day (for people who seek a bit of solitude) there can be as many as six large ships in port: there could be twenty thousand guests and another ten thousand crew headed for the narrow alleys of Philipsburg. 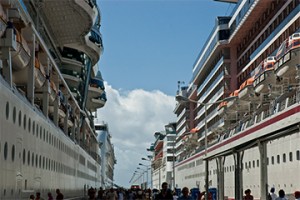 The Dutch side also has Princess Juliana International Airport.

This is probably the only place they could have put a flat runway on the oddly shaped island. But there is so little available land on Saint Martin that this is what they came up with: one end is a public beach and the other is Simpson Bay with a range of thousand-foot hills.

I am much happier to be coming in and departing aboard a handsome small cruise ship.