Trabzon has been a major trading port for millennia. Modern Trabzon has a population of more than 230,000 in the city.

The Republic of Genoa had an important merchant colony within the city that was similar to Galata near Constantinople (north across the Golden Horn) in present-day Istanbul. Trabzon formed the basis of several states in its long history and was the capital city of the Empire of Trebizond between 1204 and 1461. 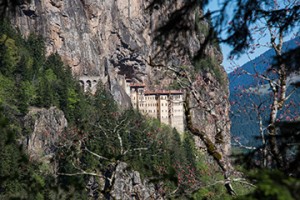 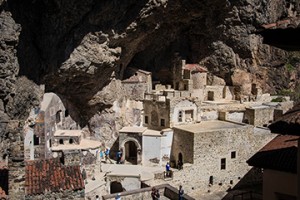 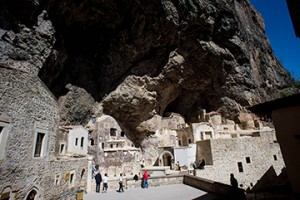 The astounding Sumela Monastery, completed in 386, was somehow carved into the cliffside about 1,200 meters or 3,900 feet above sea level in the Pontic Mountains near Trabzon. We don’t know much about how they were built, and even today it is a difficult task to get to them: car or coach for an hour into the hills, transfer to a small dolmus minivan up a switchback road, and then hike up a path better suited for goats than people. Photos by Corey Sandler

During the late Ottoman period, the city became an important Christian center. One of the former treasures of the region is the Trebizond Gospel, a Byzantine illuminated manuscript with the text of Gospel Lectionary, dating from the 11th century and 10th century.

The book was richly decorated with gold and jewels by the Trapezuntine Emperor Andronicus. In 1858, the Trebizond Gospel was presented by the Orthodox Metropolitan of Trebizond to the Emperor Alexander II of Russia, who donated it to the Russian National Library, where is held to the present day. Good luck getting it back. 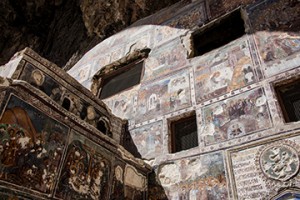 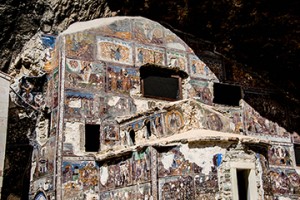 Some of the ancient frescoes at Sumela. Photos by Corey Sandler

As Turkey has developed, Trabzon has grown with it.

The coastal highway and a new harbor increased commercial relations with Central Anatolia and the outside world. Nevertheless, Trabzon is by no means as developed or Westernized as Istanbul or port cities like Kusadasi on the Aegean.

The current ethnic background of the people of Trabzon is mostly Turkish. There is still a small community of Greek or Pontic-speaking Muslims and some Armenians. 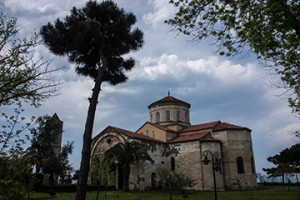 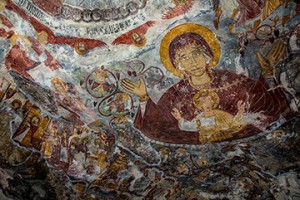 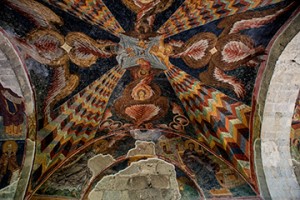 The Agia Sophia Church was built in the 13th century, converted to a mosque during the Ottoman Era in the 16th century, made a museum in modern Turkey in 1957, and returned to its role as a mosque about a year ago. Its Christian icons and frescoes are covered by curtains during Islamic prayer times. Photos by Corey Sandler

Since the end of the Soviet Union, there has been immigration from Russia, Ukraine, and the Caucasus—mostly Georgia.

Some of the original people of the region, the Laz, are also found in Trabzon and in small villages outside of the city. The Laz are descendants of one of the chief tribes of ancient kingdom of Colchis.

They were initially early adopters of Christianity in the region.

However, most of them converted to Sunni Islam during Ottoman rule in the 16th century. 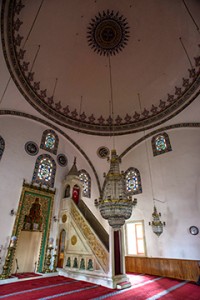 The Ortahisar Buyuk Fatih Mosque in Trabzon dates from 1316, although its earliest use was as a Christian church used for the coronation of Byzantine Emperors. Photo by Corey Sandler 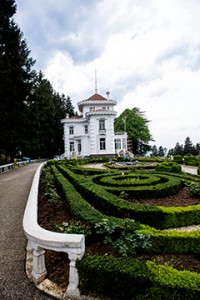 In Trabzon, on a hilltop overlooking the harbor, is a much-loved ornate home known as the Attaturk Country House. Turks come on pilgrimage, some making multiple visits, which is more than Attaturk did: he stayed only two nights.