Let there be light.

And ice, snow, glaciers, and whales.

After an abundance of gray and some unmusical rock ‘n roll, Silver Whisper arrived at Greenland at midday on Saturday. And the skies turned blue and the sun shone on some of the most spectacular scenery in the world.

The Prince Christian Sound (Prins Christian Sund in Danish) is below the mainland of Greenland and includes Christian IV Island and other islands.

There is only one settlement along this sound, Aappilattoq. 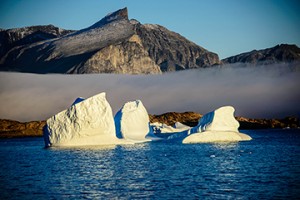 We spent about seven hours passing…carefully…through the 60-mile-long Prins Christian Sun (Prince Christian Sound) at the southern end of Greenland. I’ve been to Greenland before, but this was the most glorious day we have ever seen at this high a latitude.

I was up on the bridge to give commentary to the guests, and there I met Magnus, the Ice Pilot who had come on board the ship to assist the captain and crew in navigating in the sound. Ice Pilot is a very specialized job: he is not there to advise on navigation, but instead to share his understanding of the currents and winds and the ways in which huge icebergs move.

Magnus joined us in Reykjavik and will stay onboard until Cornerbrook, Newfoundland.

I did mention icebergs, right? There were hundreds of major ones in the sound and thousands more once we emerged. The largest were the size of apartment buildings, and we were seeing only the one-third or one sixth that was above the surface. 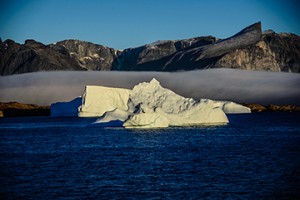 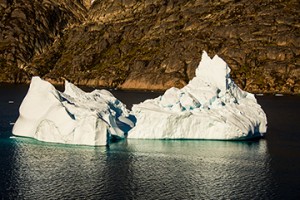 Ice in the sound. Photos by Corey Sandler

On our starboard side, the cliffs rose 1500 meters (about 5000 feet) in a near vertical wall; a few miles inland the plateau was more than 2000 meters high. And nearly all of the interior of Greenland, perhaps 80 percent, is still covered with snow. The snowpack and glaciers are declining, yes, but there is still a huge amount of ice in Greenland.

At the end of the day, the temperature dropped into the mid- to lower forties, and temperature inversions cause fog and sea smoke to hover above the water, bisecting some of the bergs for dramatic emphasis. 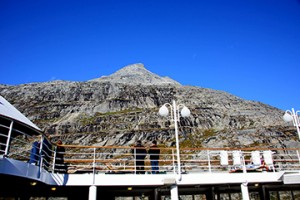 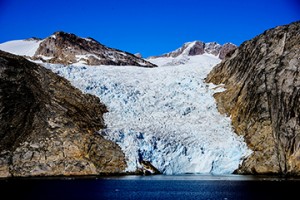 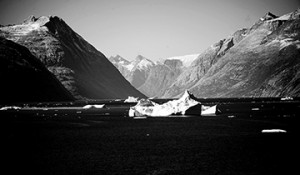